Look back at the Original TRON 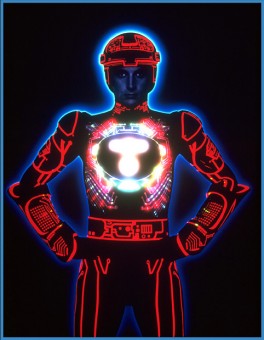 With TRON: Legacy’s November release fast approaching, it is a good time to look back at the original TRON. Released in 1982 for the cost of $17M, it grossed $32M at the box office, but ignited the flame of science fiction in a generation that was growing up with computers as constant companions for the first time in history.

For more on the original film visit CGSociety which has assembled some concept art and other designs from TRON and looks back at the players and motivations for the film.

Well, that does it. I’m even more excited for TRON: Legacy. How about you?

previousTinker Bell and the Great Fairy Rescue Rings the Bell
nextDancing with the Stars: Week One Results