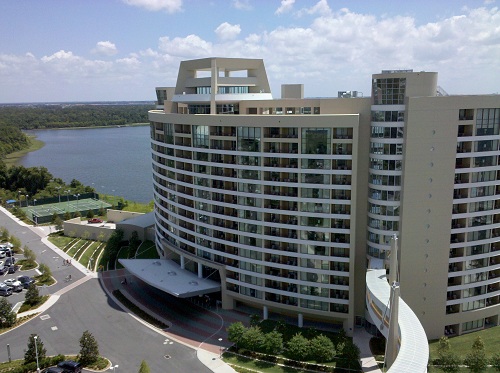 With all the new DVC Resorts, what does WDW need to do?

A few weeks ago during a quarterly results call Disney CEO Bob Iger seemed to imply that once the Magic Kingdom’s new Fantasyland is done and California Adventure’s remake is complete that will be the end of major projects for the parks, at least for a while. I’m not sure he’s taking into account the long list of work that needs to be done.

The list of small projects that could make a trip to Walt Disney World better for the guest is nearly endless. It ranges from little things that could be done better (parking guests at the back of the parking lot when whole sections closer to the gate are still open, bringing back the Country Bear Holiday Show) to large projects (building that bowling alley at ESPN WWOS, a new country or two at EPCOT). But I wanted to focus on the largest needs, those that would make the biggest difference in guest experience.

So follow me below the jump for five suggestions I think WDW should commit to:

1. Something to make guests want to stay in Disney’s Animal Kingdom after 4-5pm. 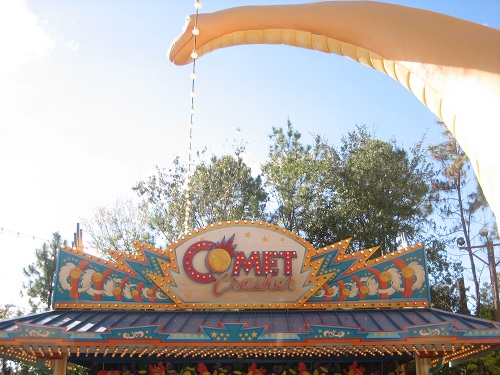 This has always been a problem for DAK. They’ve made some in roads with Expedition Everest, but that ride has it’s own problems. SeaWorld (also an animal heavy park) manages to make it work at night. They do it mostly through the addition of some special night time shows. I believe that DAK is the most likely candidate for a water show that uses World of color technology, which would be one part of an answer. But I’d also like to see them add either Australia (a mini-SeaWorld with dolphins, killer whales, and shows) or a new themed land (whatever their replacement for Beastly Kingdom would be).

2. An answer to Wizarding World of Harry Potter.

Forget about losing guests to Universal, this is just to show WDI is still the best team at theme park design. Right now that honor belongs to Universal in Central Florida with the WWoHP. Imagineering needs to show they can take a world that exists only in books or the movies and make it real for its fans. There is one obvious choice for this – Star Wars.

One of the most delicious rumors I’ve heard would be the addition of a Star Wars land to DHS. Indiana Jones Stunt show would get re-themed to Star Wars. Backlot Express would receive a Cantina makeover. Then the area behind the restaurant and Star Tours would get one or two new attractions (one themed to Speeder Bikes based on a design WDI did for Disneyland’s Tomorrowland). All this with the type of detail that makes guests actually believe they’re in the world of Star Wars that George Lucas created.

3. Help for back half of Disney’s Hollywood Studios 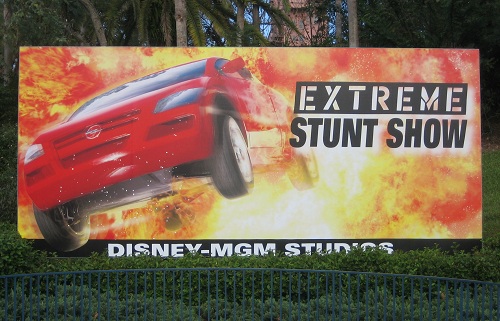 Help for marketing too apparently?

Excepting the twice a day showing of Lights, Motors, Action there is no reason to visit the back portion of Disney’s Hollywood Studios. The backlot tram is a pale shadow of its former self and the Premiere theatre sits empty most of the year. When LMA’s not running other than to walk the Streets of New York (pardon me) America, there is nothing to do for a full 1/3rd of the park. I think the rumored Star Wars Land is a great idea for DHS, but really that area would be served best by an expansion of Pixar Land. This all depends on how well the new Carsland is received at California Adventure.

4. A new vision for Tomorrowland, one that includes an actual vision of tomorrow.

Disney Imagineers have all but given up on the Magic Kingdom’s Tomorrowland. They’ve allowed the future to be invaded by cartoon characters and abandoned any attempt at a cohesive theme for the land. Truth is, this has been a continual challenge for WDI since the 1967 remake of Disneyland’s Tomorrowland. It’s not that they don’t have the talent to come up with a vision, it’s just that the future is always in flux, so the land has to change frequently to keep up with new realities.

It was actually a hard to choose between Tomorrowland and Adventureland, they’ve both suffered from neglect and injudicial application of cartoon characters. WDW might have an easier time breathing life back into Adventureland. Perhaps with that addition of a new thrill ride and upgrades to Jungle Cruise, Tiki Room, and some cultural elements.

For item number five it was another difficult decision. It came down to more affordable rooms versus better transportation options around the resort. Since they’ve announced the Art of Animation Resort (aka the Legendary Years), I’ll give transportation the win.

5. A transit system that inspires and works.

Three elements have conspired to make the roads of Walt Disney World busier than ever before. First, the last decade has seen a huge expansion in hotel rooms at Walt Disney World, mostly in the form of Disney Vacation club resorts. Second, the last few years Disney has also added the Disney’s Magical Express offering free shuttle service to and from Orlando International Airport. Third, the change in the economy has made Walt Disney World more of a ‘driving destination’ than ever before. One result of these three changes has meant that that there really is no slow season any more, just less busy times.

With more cars and busses on the roads than ever before, this has put a stress on the WDW Transportation System resulting in longer waits and and longer drives before you reach your destination. Some even attribute the rash of accidents and incidents to these new stresses. The missing piece of the formula will be a High Speed Rail Station set to open between WWOS and Pop Century.

This creates a huge opportunity for WDW to re-think how transportation is done at the resort and to put some excitement back into the idea of mass transit and green technology solutions. There have been a ton of ideas on how this could be accomplished. Disney even has a taskforce dedicated to the challenges.

So those are my big five. Where Disney goes from here says a lot about how they want to be thought of in the future. Are they content as being seen as static by the general public and risk losing market share or do they want to continue to be the recognized leader in theme parks and retain that ‘must see’ status?