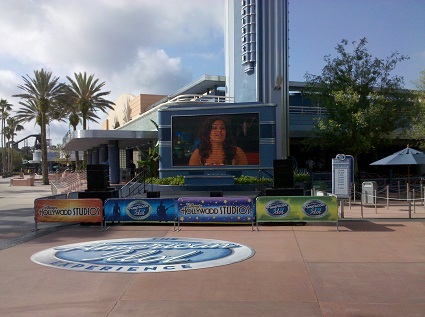 The stage is set for American Idol Lee DeWyze

It was a hot and humid morning at Disney’s Hollywood Studios, but expectation is what everyone felt in the air. Rumors of Lee DeWyze, the current reigning American Idol, visiting the park had been confirmed by the Disney Parks blog, but everyone wondered about Crystal Bowersox, the runner up, and Aaron Kelly, the one finalist who got his start by earning a ‘Dream Ticket’ at the American Idol Experience. 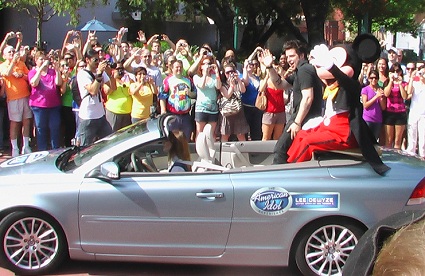 DeWyze and Mickey arrive in style

After his big night in Hollywood, Lee DeWyze filmed his ‘What’s Next‘ commercial, which set his course in stone. He would be at Walt Disney World. Previous Idol winners who came to Disney World have performed for guests, so there was some expectation that DeWyze would sing this morning, but I’m getting ahead of myself. 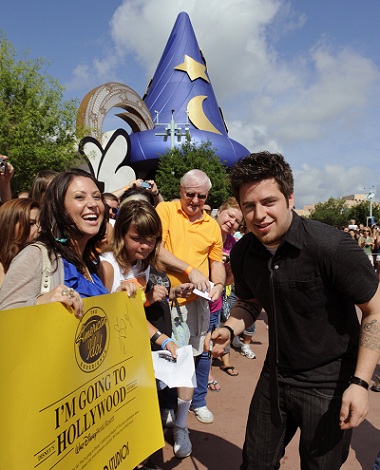 DeWyze stopped and signed a number of autographs, including this reproduction of a ‘Dream Ticket’

The morning started off with a short motorcade that brought DeWyze and Mickey Mouse to a stage erected in front of the American Idol Experience. There was a quick session of autograph signing and then DeWyze was interviewed for the crowd. Alas, there was no performance at that point and no sign of other Idol performers. I did capture some of this interview over on QIK.

Now we all made our way into the American Idol Experience theater. There we got to watch a show rehearsal, something very rare for park guests to see. Once the 11am show got underway and the three contestants introduced, they brought Lee Dewyze out on stage to give some advice to the performers. You can catch some of that moment here on QIK.

The rest of the show went as normal until the point when they were ready to reveal the winning contestant. At that point DeWyze came on stage to help break the news. (QIK video here – I apologize for the quality as a Disney cameraman choose that moment to stand right in front of me. )

All in all, I felt that Lee Dewyze was still in the process of wrapping his mind around the his new reality. He was just as you saw him on stage, very down to earth, very humble, and presumably very talented. However, no song was forth coming from our newest American Idol. 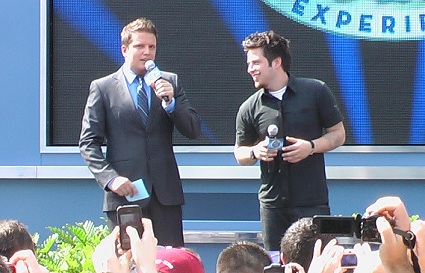 DeWyze endures his interview with grace

Alas, there was no Mama Sox or Aaron Kelly. Which is fine, DeWyze deserves the spotlight. I do hope that Disney brings Aaron Kelly back for a performance or two at the American Idol Experience. It’s where he got his start and it would be nice for everyone to honor that moment. 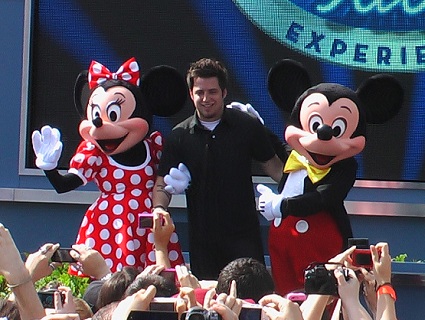 To very big fans pose with the new American Idol 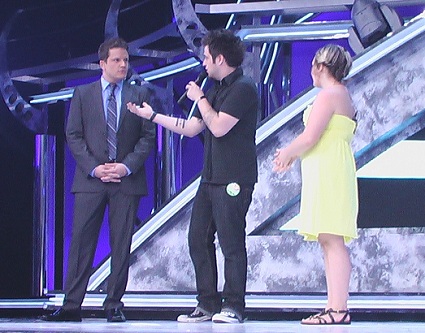 DeWyze offers advice to performers on what he says is a very close reproduction of the actual American Idol set. 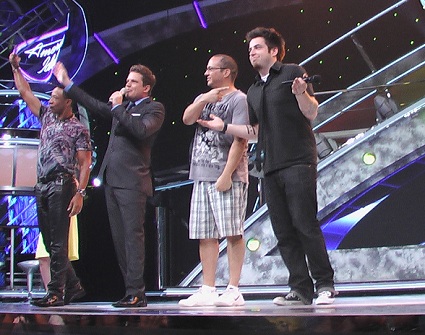 DeWyze congratulates the winner of the first show of the day and poses for photos for the adoring crowd.