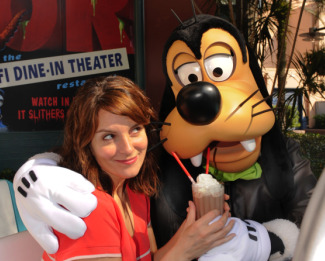 1 thought on “Tina Fey finds her Tall, Dark, and Goofy at Disney World”