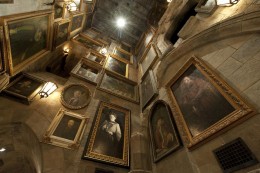 The Harry Potter and the Forbidden Journey experience starts as soon as you walk through the gates of Hogwarts. Within the towering Hogwarts castle, you explore a truly magical place. You journey through iconic locations taken from the films and take in the extraordinary detail of each scene. They include:

This is more than just an attraction and it is unlike any theme park experience ever created. It’s a revolutionary, 360-degree theme park experience and first-ever combination of live-action, advanced robotic technology and innovative filmmaking – specially designed and developed for this brand-new adventure.

“We have created an entirely new way to place our guests into the heart of one of the most compelling stories of our time,” said Mark Woodbury, president of Universal Creative. “What we have done will forever change the theme park attraction experience.”

The attraction’s newly created ride system envelops guests in filmed action scenes and moves those scenes with them as they travel through the ride, allowing more time in the center of the adventure and with their favorite characters. This fusion of robotic technology and filmed scenes has never been achieved until now. In some cases, technology had to be invented to achieve the highest level of guest experience. The combination of pioneering, state-of-the-art technology, innovative filmmaking and surprises around every corner make this attraction the embodiment of the Harry Potter book and film series-and the future of theme park entertainment.

For the latest news about The Wizarding World of Harry Potter, visit www.UniversalOrlando.com.

previousBlizzard Beach is now painted Green
nextTron-o-Rail a divider, not a uniter?