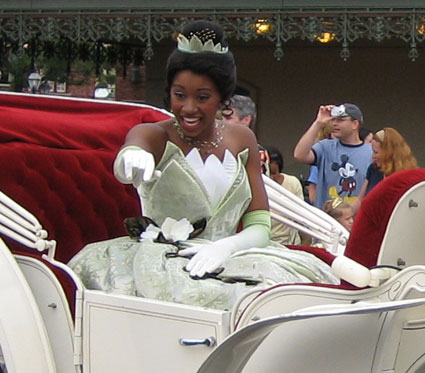 Princess Tiana appears in a horse drawn carriage fit for an American Princess.

Yesterday marked the official opening of a 15 week run for Tiana’s Showboat Jubilee at Disney World’s Magic Kingdom. As I posted earlier, the show envelopes guests into being part of the show, a great experience for the guests involved, but how would it play for the rest of the park attendees? Turns out, pretty amazing. 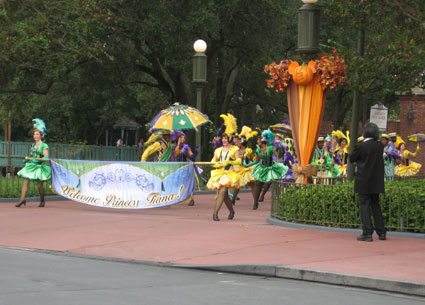 For the special ceremony New Orleans dancers led Princess Tiana to the castle.

The Princess and The Frog is an American story at its root and it features the first African American Princess. The park is really excited about promoting the first new princess in 12 years, so they rolled out some big guns for the press event. One of those was Bruce Smith, the lead animator on Dr. Facilier, the main villain of the movie. 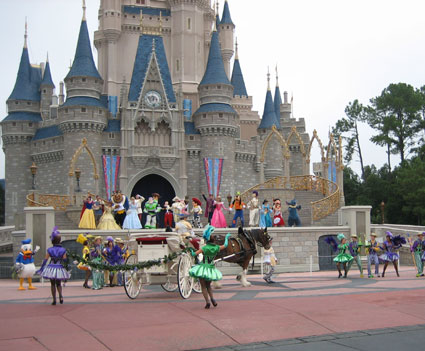 There was also a wonderful display of merchandise that Disney spent the last two years creating. Some of it, like the theme park exclusive Princess Tiana dress, has been for sale in the park for two weeks and is already flying off the shelves. 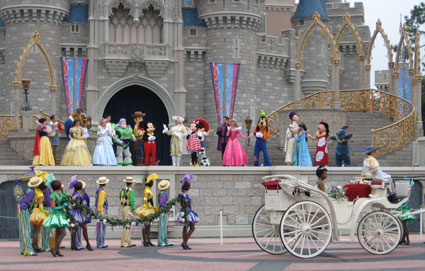 A royal proclamation is read.

But the focus of the day was the introduction of Princess Tiana to the park and the official debut of Tiana’s Showboat Jubilee. TSJ has three distinct parts, and while it’s possible to catch all three, if you can only pick one, make sure to choose the middle part performed on the Liberty Belle when it stops in front of Splash Mountain. 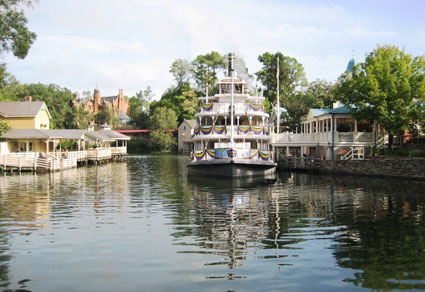 The regular show will take place three times daily on the Liberty Belle with a procession leading to and from the boat before and after each performance.

The show is currently only scheduled to run through January 3rd, 2010 as a tie-in to the movie’s launch on December 11th. It’s my hope they extend this show at least through the summer. The show was already drawing huge crowds without the benefit of the movie even being in theaters, I imagine it will continue to grow once it’s seen by the public.

Lots more photos below the jump, so come on down 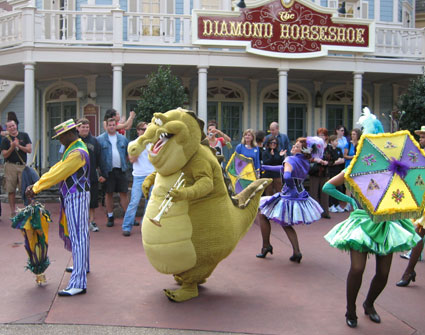 Trumpet playing Louis was added to the procession at the last minute, I think he’s a great addition.. 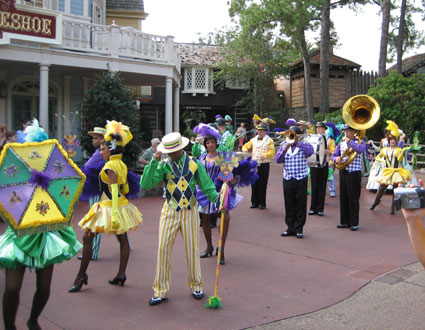 Lots of dancers and a live band lead… 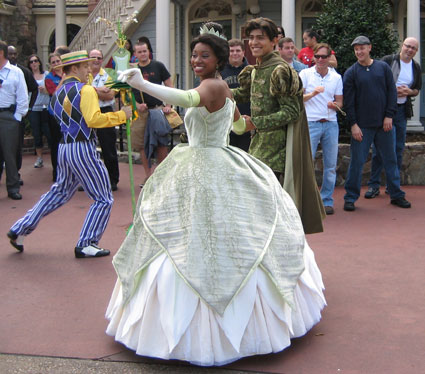 Princess Tiana and Prince Naveen to the showboat. 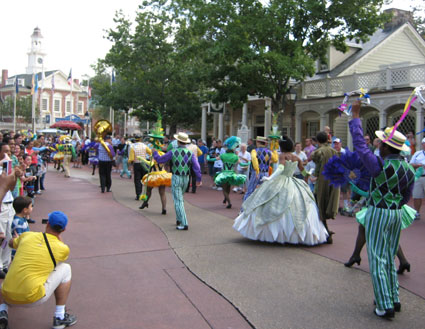 After the show finishes and the boat returns to the dock, the procession essentially repeats in reverse. 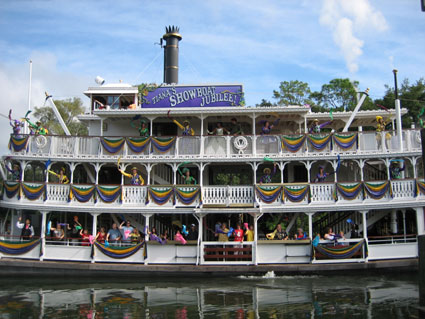 All three levels, and the roof, of the Liberty Belle are used during the performance. The park guests populate the lowest level, for the most part. 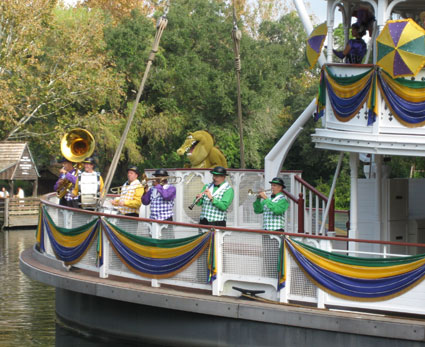 Louis and the band get things in swing from the front. 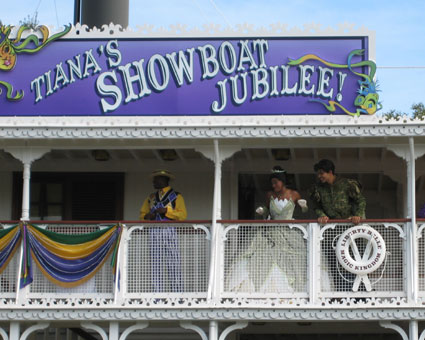 Princess Tiana and Raveen are on the third deck for the whole show. Unfortunately the shadows can make it hard to see them from time to time. Most guests will watch from the bridge leading to Splash Moutain. But I found the vantage spot where I took this photo to provide a better view, actually. Dr. Facilier appears atop the Liberty Belle and entices Prince Naveen with a little fortune telling. 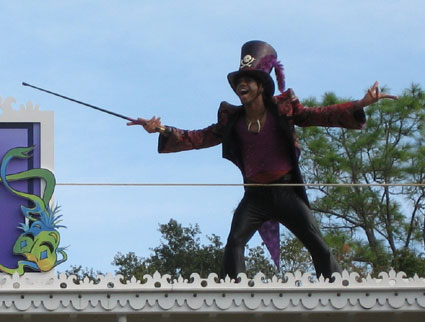 Definitely one of the better songs and, I predict, one of Disney’s better modern day Villains too. 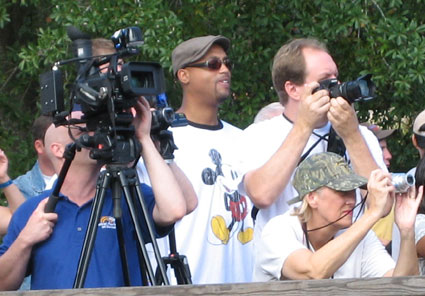 The guest performers are actually used quite extensively in the show. There are cast member guides who help them into place and with some basic choreography. After the show the boat heads around the river and the guests on board get exclusive meet and greet opportunities with the characters from the movie 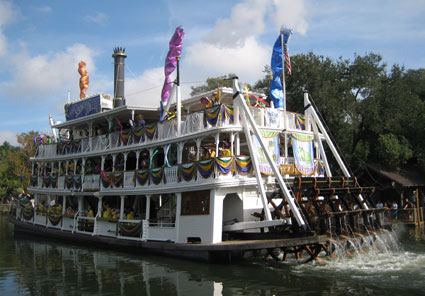 This is the first time ever the Liberty Belle has been used as a stage for a daily performance at the Magic Kingdom. I think they have a huge hit on their hands.