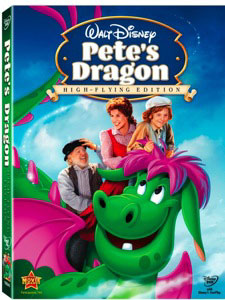 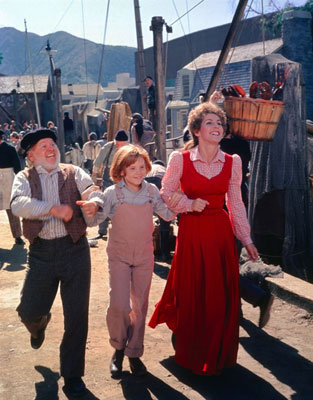 • Brazzle Dazzle Effects: Disney’s Movie Magic – An entertaining new look at Disney’s pioneering work in the magical mix of live-action and animation, narrated by the star of Pete’s Dragon, Sean Marshall.
• Deleted Storyboard Sequence: “Terminus & Hoagy Hunt Elliot” – A rare demo dialog track and storyboard sketches.
• Original Song Concept: “Boo Bop Bopbop Bop (I Love You, Too)” – The first demo recording for one of the film’s unforgettable musical sequences with story sketches for an early concept of the song Pete sings to Elliot.
• Original Demo Recordings (Audio Only) – A special audio-only feature that includes early demo versions of “Brazzle Dazzle Day” and “Every Little Piece” before they evolved into the songs heard in the movie. Also includes “The Greatest Star of All,” a song originally intended to be sung by Ferdinand, a character later deleted from the film.
• Promotional Record (Audio Only) – Pop versions of “It’s Not Easy,” “Brazzle Dazzle Day,” “There’s Room For Everyone” and Academy Award nominee for Best Song, “Candle On The Water,” originally released together on a 7” record to promote the film’s music.
• “Where’s Elliot?” – The Disappearing Dragon Game
• Pete’s Dragon Art Galleries
• Publicity
• Trailers
• About Pete’s Dragon
• Disney Family Album
• The Plausible Impossible
• Lighthouse Keeping