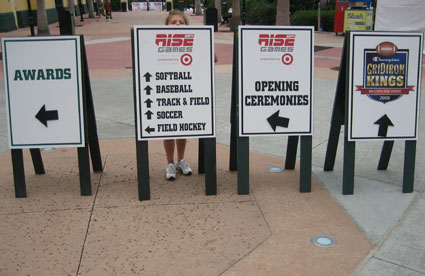 This whole week Disney’s Wide World of Sports is given over to the inaugural ESPN Rise Games. ESPN Rise is the sports channel’s attempt to unify all their coverage of competitive and elite amateur sports under one brand. The ESPN Rise games is the real first step at attempting some synergy between Wide World of Sports and the brand that will eventually take over “naming rights” of the facility.

ESPN on-air personality Michael Smith played host for the opening ceremonies. Unfortunately the weather was a bit damp which delayed things a bit. But that didn’t dampen the spirits of the hundreds of event participants gathered to kick things off. 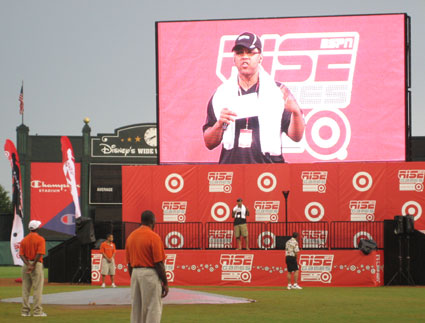 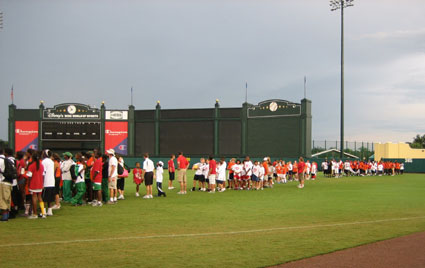 Participants queued up for the Parade of Champions. 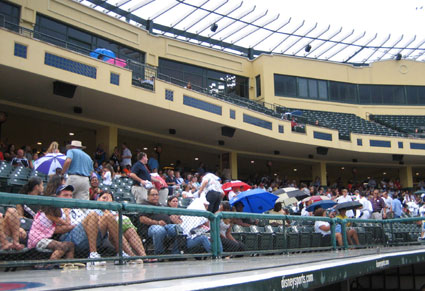 The rain did eventually slow down enough that fans were able to move down from under the eaves. 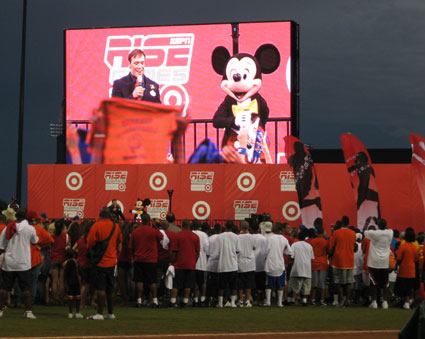 The Big Cheese Mickey Mouse even put in an appearance. 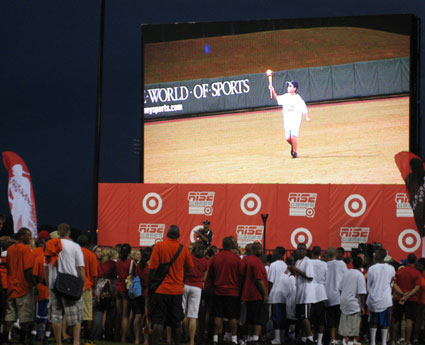 Plus there was a Torch lighting ceremony. The athletes chosen to carry the torch is Trace Arena from Tampa, Florida. He plays for the Tampa Makos. He was randomly select as a magical moment during baseball registration. 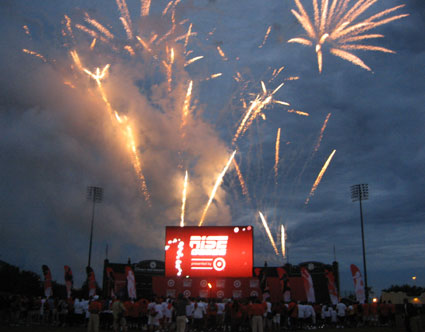 And of course, it wouldn’t be Disney without a fireworks spectacular. The delay even played into that with it being just dark enough to enjoy the show.

ESPN U will provide extensive coverage from the ESPN Rise Games beginning Saturday July 25 through Wednesday July 29. Televised events will include the 2009 Under Armour All-America Softball Game, Champion Gridiron Kings, and a 30-minute recap show. You’ll also see highlights of the opening and closing ceremonies.

previousBe The First To See The ALICE IN WONDERLAND Teaser Trailer!
nextAround the Hub – Wednesday Wackiness