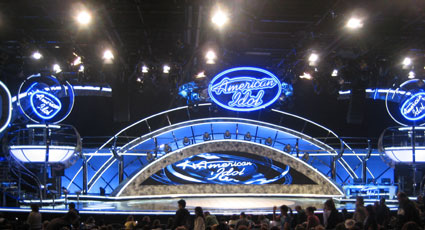 The official opening date for Disney’s American Idol Experience is February 14th, but a gala Grand Opening will be held on February 12th. There will be a motorcade showcasing Celebrities that Guests in the park can see, there there will be a private party to celebrate the attraction’s opening.

Here are American Idol Celebrities scheduled to appear in the motorcade starting at 4:30 pm on Feb 12 at Disney’s Hollywood Studios:

I’m a little disappointed that Randy Jackson and Kelly Clarkson aren’t on the list. But I’m sure it will be a great time anyway? Who’s coming?

Even if you’re not going, check out the newly updated www.disneyworld.com/idol.