After a couple weekends of being too sick to make it out to the theme parks, I finally made it to the Magic Kingdom this Saturday. Just me and about 40,000 of my closest friends. Yep the park was that busy. They even parked Grumpy and Happy (you know the park is busy when they park you in a place called Grumpy). There’s a lot to cover, so rather than roll out the whole update in one post I’ll be doing it in a couple posts over the next few days. I’m going to try using the MK020709 tag to link them all. 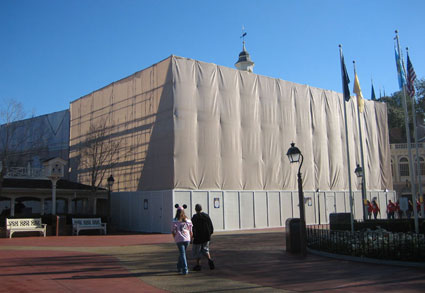 As you know the Hall Of Presidents in Liberty Square is down for refurbishment, the addition of President figure #43 (Grover Cleveland served twice, which is why President Obama is the 44th President, but there will only be 43 animatronic figures), and the possible updating of the show to include a speech by George Washington. The building is currently completely wrapped in scaffolding and they’re even doing some extensive work on the neighboring buildings (including the store, which has moved some of its merchandise selection across the street to what is the holiday store). 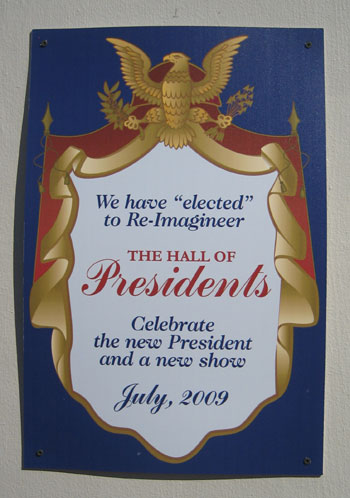 The HoP was originally scheduled to reopen as early as April, but they decided to do a more extensive rehabilitation and it is now targeting July 4th for the grand re-opening ceremony (although it might open to previews before that). I’m personally hoping for a nice ceremony, but don’t expect to see President Obama anywhere near the park on the 4th. 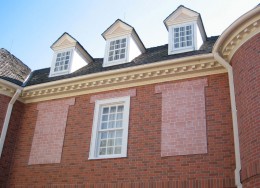 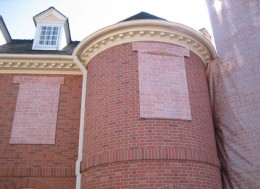 In addition to the new figure and show, there will be new merchandise, including a few new collectible Disney trading pins available at the grand re-opening. So bring your wallet and help out the struggling Central Florida economy, why-don’t-cha. :)

(Note: I apologize if the large versions of the photos aren’t available when you click on them, I’m trying to fix that now)