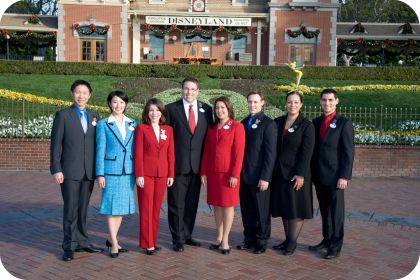 The Disneyland Ambassador program began in 1965 under the supervision of Cicely Rigdon. Julie Riehm was the first Ambassador and was selected by Walt to help celebrate the 10th Anniversary of Disneyland.