The Nightmare Before Christmas in 3-D: In Your Face Fun 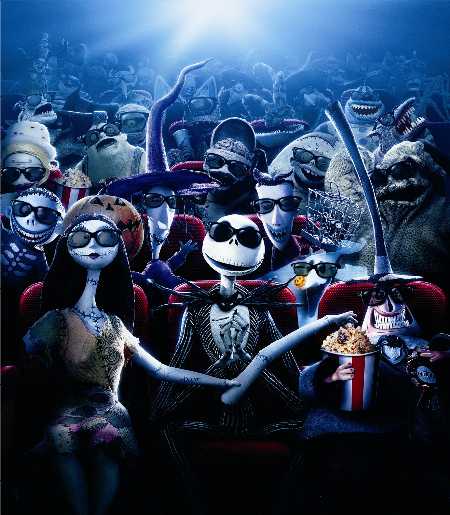 The Nightmare Before Christmas in Digital 3-D

My family and I visited the beautiful El Capitan Theatre this past weekend for a showing of the Disney holiday classic Tim Burton’s The Nightmare Before Christmas in digital 3-D.

I should probably mention that both of my boys, ages 5 and 2, respectively, have seen this movie more times than I care to admit.  Trust me, it’s all them.

It’s not that I don’t like the movie.  I do.  You could even say that I really like it.  I just don’t crave it like they do.  Go figure.

Needless to say our journey into the heart of Hollywood, which is spooky in its own right, was nearly on par with a trip to one of the parks.  I hung it over my kids as a bribe for weeks.  It was great.

The movie itself was as entertaining as ever.  The 3-D?  Incredible.

I’ve been to plenty of 3-D films over the years and most have been fairly cheesy.  In fact, the only 3-D movies that have ever lived up to their hype (that I’ve seen) have been the shows at the Disney parks.  Not that I’m biased or anything.

The Nightmare Before Christmas didn’t rely on jack-in-the-boxes or ping pong balls shooting towards the audience for cheap thrills or quick laughs.  To be honest, there was actually a surprising lack of that sort of effect.

What it did do was create layers of depth that made you feel as if you were walking the streets next to Jack, wondering aloud, “what’s this?”

It’s Disney at its best, and it’s a jolly good time.

Also a good time, an Oogie Boogie sundae in the adjoining Disney Soda Fountain.  This just in, marshmallow cream is messy. 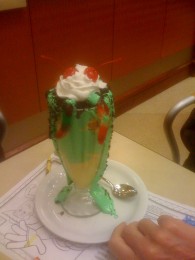 For some reason (that reason is HSM3) the showings will only be late night after 10/22 running through Halloween.  See it while you can, it’s a treat!