Hope you all had a marvelous weekend. I ducked out for a quick visit to the parks on Saturday and was amazed at how crowded the parking lots were. Both of Epcot’s main parking lots were full at 4pm and Magic Kingdom was parking Dopey. I’m sure cheaper gas helped bring some locals in for the day. Attraction waits in the parks were longer than normal, but not the length of the mega-busy days either. Magic Kingdom even extended its operating hours and added a second Spectromagic. So far so good for Disney parks as far as the economy goes.

Once again, I’ve listed a few items on eBay. I appreciate you checking them out to see if anything strikes your fancy. A bid will help me pay the bills around here. Highlights are three Rare Disney jackets. I figure now that the cooler weather is making itself felt across most of the US, there may be some Disney fans interested in owning a Cast Member exclusive Disneyland Fire Department jacket, or a 2 of 500 Limited Edition Suede Leather Disneyana Jacket, or even a Millennium Mickey WDCC Event Jacket. Thanks again for checking them out. 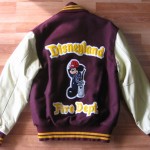 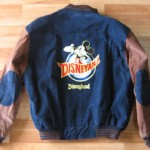 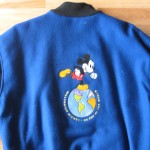