Harriet Burns, Disney Legend and Imagineer has died at age 79 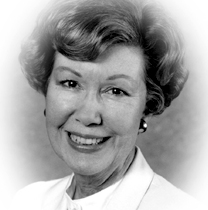 Before joining Imagineering, Burns worked briefly at the Walt Disney Studios as a set painter. She shortly was moved to WED Enterprises, now called Walt Disney Imagineering, where she helped design Sleeping Beauty Castle, New Orleans Square, the Haunted Mansion, and more. She also designed all of the “singing birds” in the Enchanted Tiki Room, the first Audio-Animatronics attraction at Disneyland and played a key role in the 1964 World’s Fair attractions.

In 1986 Harriet Burns retired and moved to Santa Barbara. But she stayed active in the Disney community and was a frequent guest at Disney and fan organized events. Burns is the only woman to have a window on Disneyland’s Main Street USA. It’s inscription reads “The Artisans Loft – Handmade Miniatures By Harriet Burns”. In 2000 she was inducted into the Walt Disney hall of fame as a Disney Legend.

Read more about Harriet Burns at her Disney Legend bio, this Google Knol, and this interview on Scott Wolf’s Mouse Clubhouse website. Also see the original announcement at LaughingPlace.com.

3 thoughts on “Harriet Burns, Disney Legend and Imagineer has died at age 79”