Disney fans who share a love of trains and railroads with Walt Disney may want to forgo those next couple of Starbucks Lattes and send the money to the Mid-Continent Railway Museum instead. The museum was hit hard by the recent midwest flooding and needs your help to recover.

Photos of the flood and its aftermath show serious damage to the railway, its support buildings, and many artifacts. Clean up efforts are underway, but your donations can help preserve some of the history of the very railways that Walt Disney traveled as a young man, memories of which later inspired him to build Disneyland.

Below is what the railway looked like before the flood. 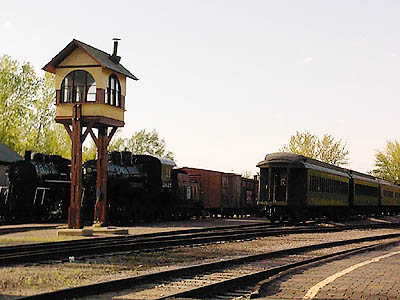