The season four promotional poster for ABC’s hit television show LOST has hit the internet and it reveals a few secrets about upcoming episodes. Okay, it’s nothing you wouldn’t know if you’ve been paying attention in the off-season. But if you’re been keeping spoiler-free, you might want to avoid the rest of this post. 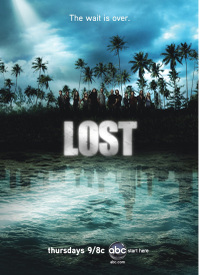 This off-season saw the return of an ARG (Alternate Reality Game) for LOST and a series of mini-episodes that filled in some of the blanks from previous seasons. Now it seems the ARG has continued in the poster. Here are some of the secrets revealed in the poster

If you see other hints present in the poster, drop them in the comments. LOST returns to ABC at 9pm on January 31st. There’s a 1 hour summary show to catch you up on your favorite LOSTies the hour before.