Let’s start with the weekly cable ratings, in order of number of viewers.

Excepting that one TNT show, Disney ruled the roost last week. Good thing because the Network TV ratings for ABC have been abysmal this summer. Hannah Montana benefited the most from it’s position following HSM2, we’ll see if she can keep those numbers for the rest of the season. 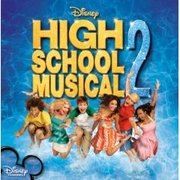 Meanwhile the Soundtrack for HSM2 is doing its own chart climbing. In its opening week, HSM2 sold 615,000 copies for the number one spot. Even more impressive is that this was more albums than the next nine titles combined.

With numbers like that Disney is going to want to milk HSM2 a little more before starting in on another sequel. However, negotiations are supposedly underway with the stars to secure time in their schedules to reprise their roles in a third film. The New York Post’s gossip columnist reports that Zac Efron and Vannessa Hudgens are holding out for a larger slice of the pie. I hope most of the cast is like Corbin Bleu and just ride the success of the series for as long as they can.