Disney Magazine, Tales from the LaughingPlace, hits a home run 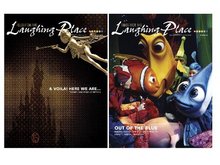 Tales from the LaughingPlace, the fan magazine that best covers the present and past of the Walt Disney Company’s many facets, has announced the details of their best issue yet. Volume 10 is so amazing it requires two covers to convey the excitement. The first cover is a tribute to the 15th anniversary celebrations of Disneyland Resort Paris and features Tinker Bell and the park’s icon in silhouette. The second cover is a photograph from Finding Nemo The Musical at Disney’s Animal Kingdom park featuring Nemo and the Tank Gang. Each version will be distributed randomly to subscribers this month. Single orders can choose their cover. 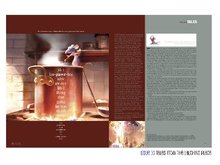 The full contents of Issue 10 are as follows:

You can pre-order issue 10 right now, or subscribe to Tales from the LaughingPlace, save a little money, and receive four issues starting with issue 10. Expected delivery is the end of July.