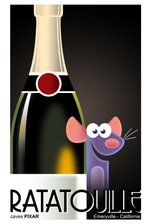 Apparently these are for some sort of consumer product piece, not for actual film promotion. Thanks for posting those Stef! (Read)