There are stories that pull on your heart strings and stories that make you need a box of kleenex. Sometimes stories do both. That’s the variety that came out of Elon University this week when a group of students made a dream come true for… Read More »Students give school cafe worker a trip to Walt Disney World 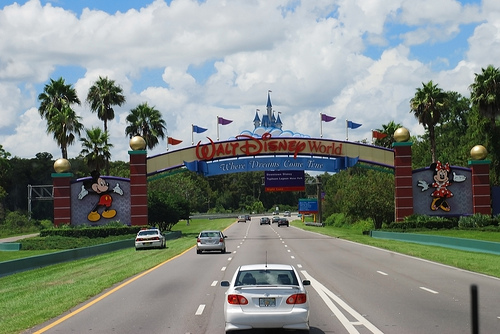 Normally at this time of year, I write a retrospective piece looking back at the year in Disney, but for personal reasons, I’ve decided now is the time to look forward, not back. Instead of recollections, I’m writing prescriptions.These are the things I believe will help Walt Disney World continue to compete for the hearts and wallets of their fans while fending off challenges from other entertainment options both near (Universal Orlando) and far (changing TV viewing habits at home, for instance)

I’ll try and limit myself to one or two recommendations each and something that can at least get started in 2014. I don’t intend each prescription to solve every woe, but it will at least make a significant difference in one or two major problem areas.

Magic Kingdom
The oldest theme park in Central Florida is showing its age more and more and suffers from serious stagnation in both attractions and entertainment (translation: a serious capacity issue). There is something they can do quickly to make a dent. As part of an overall project to update Tomorrowland, I prescribe for the park an indoor air-conditioned high-capacity theater capable of hosting shows similar to the Hyperion Theater at California Adventure. With multiple shows a day, this adds a lot of capacity, gives guests a place to cool off in the heat and humidity, and allows for a showcase for Disney’s latest animated musicals (Rapunzel Stage show anyone?). This is also something that could be accomplished quickly and with minimal in park disruption by setting the theater outside the berm. Additional revenue can be raised by hosting events in the space, something the Magic Kingdom is currently lacking.

EPCOT
This park has the highest capacity of all four parks. It has two wonderful festivals and an enjoyable Christmas overlay. These are wonderful for what they do to attract guests. However, the mission and vision of EPCOT has been ignored for too long, and many areas of the park are in serious need of rejuvenation. Let’s tackle the two sections of the park separately.Read More »Dr. John’s 2014 Prescriptions for Walt Disney World

Where Do The Wishing Well Coins Go At Disney World 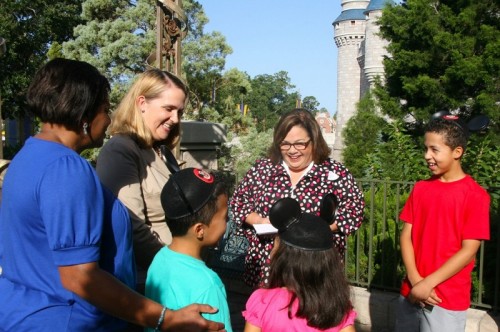 If you ever made a wish and tossed a few coins into one of Walt Disney World’s fountains or wishing wells, you may have seen the signage stating that your donation was doing to ‘Disney Hand’ and would be earmarked to help children everywhere. Have you ever wondered what type of wishes those donations are making come true? Cinderella’s Wishing Well at Magic Kingdom is one of those designated locations and has been host to millions of wishes being made. Today, it was the place where one of those wishes came true.

Gathering up the small coins and pennies tossed by hopeful guests, Walt Disney World Resort donated $15,000 to the Foundation for Foster Children. The non-profit organization helps children living with foster families realize some of their own wishes such as access to summer camps, art classes, social activities, tutoring and even cakes on special occasions.

“One of our goals is to increase public awareness and support for more than 1,400 foster children who live in Central Florida,” said Betsey Bell, executive director of the Foundation for Foster Children. “This donation enables us to give these kids new opportunities and experiences that will help them succeed and become contributing members of our community.” Read More »Where Do The Wishing Well Coins Go At Disney World

The Orange County Register has a beautiful and touching story of how one family with a dying 10 year old girl reached out to Pixar to fulfill her last wish of seeing the movie ‘UP’. The family couldn’t bring her to the theater since the… Read More »Pixar Grants Dying Girl’s Wish to see UP

Vote for the first Chief Magic Official of Disney Parks