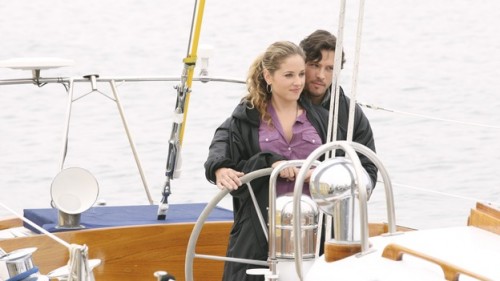 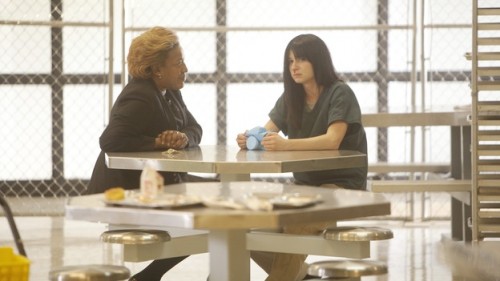 For some reason I didn’t enjoy this episode as much as I have the others. The glaring looks and the dramatic orchestrations were just getting on my nerves. I also kept wondering how I was going to write about two people who have switched identities without confusing people. Revenge is not making my job easy.

On the other hand, my husband thinks I didn’t like it as much because I didn’t have to yell at the TV this week. He could be right about that one. Episode 8 was pretty slow paced compared to the others we’ve seen; I guess I can accept that since it was definitely prepping us for something more.

If you remember from two weeks ago, “Real” Emily is in the picture, she has just killed Frank, and seeks out our Emily. As always – total drama. 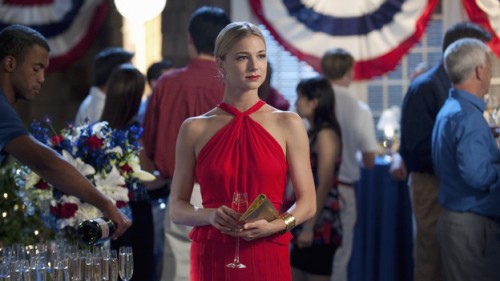 Only on a show like Revenge would a woman fall several feet onto a taxi and SURVIVE.

Yes, you heard me. Lydia is not dead. She’s in a coma.

I’m as shocked as you are, believe me.

This week, luckily, we caught a reprieve after the constant action from the last episode. Yet again, Emily zeroing in on one person and surprising us with her super powers doesn’t happen. Instead, Emily is dealing with the aftermath of Lydia’s fall and what this could mean for her entire game plan. Nolan shows Emily the webcam, and they decide that Frank is the one they have to get rid of now. Nolan emails the video to Conrad who takes the bait, and immediately jumps into action.

Susan Lucci, Emmy Award-winning star of the ABC Daytime drama “All My Children,” strikes a pose with her “Dancing with the Stars” professional dance partner, Tony Dovolani, Nov. 15, 2008 at Disney’s Hollywood Studios. Lucci and Dovolani, who were eliminated from “Dancing with the Stars”… Read More »Susan Lucci Dances into Disney’s Hollywood Studios one last time for Super Soap Weekend