I’d like to welcome Kevin Yee as a guest author to The Disney Blog. Opened in 1989 as an inaugural part of Pleasure Island, the Portobello Yacht Club maintained the backstory of shipping magnate Merriweather Pleasure, whose warehouses were decimated by a storm, prompting him… Read More »The New Portobello Restaurant: Deceptively Simple 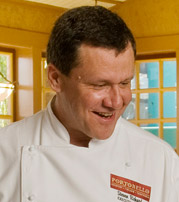