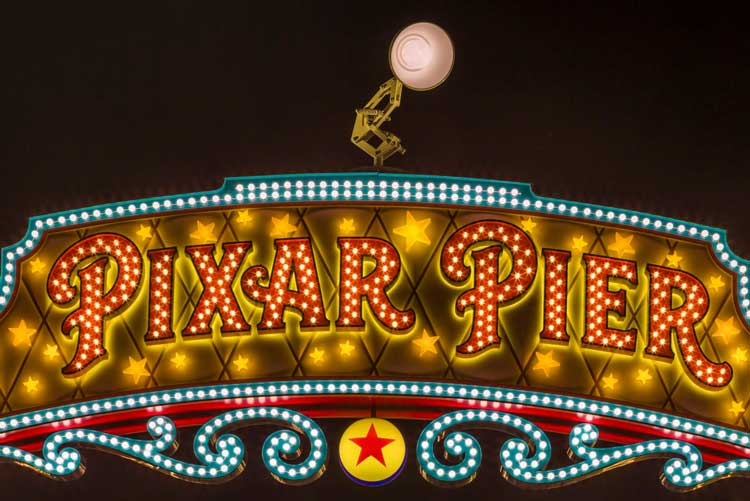 The animated drawing lamp known as ‘Luxo Jr.’ is the icon of Pixar Animation Studios. You’ve probably seen it as it jumps around and flattens the ‘I’ in the Pixar logo before the studios’ animated films. Now, fans visiting Pixar Pier at Disney California Adventure… Read More »Luxo Jr. Animatronic Lamp arrives atop Pixar Pier Marquee