A cute video bit from Pixar and ESPN that features the students of Monsters University reacting to the school being passed over for March Madness: That’s synergy at work everyone! 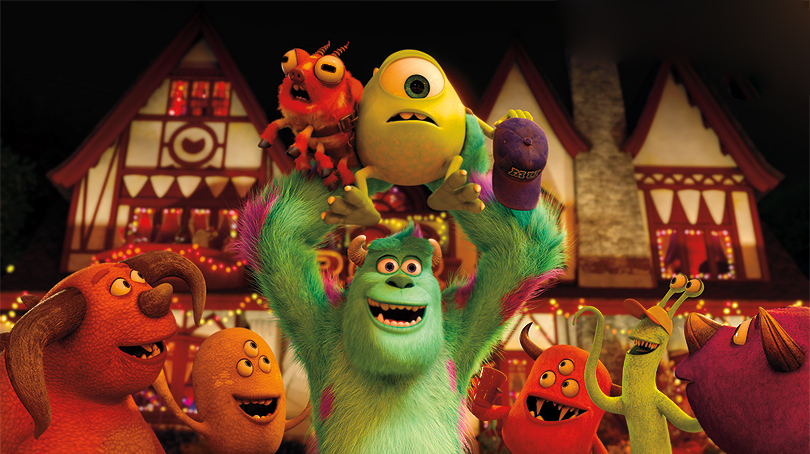 I saw this new trailer for Monsters University last night in front of a special preview screening of Disney Oz the Great and Powerful. It got a huge response from the crowd. There is definitely some affinity between the public and the world of Pixar’s… Read More »Monsters University – New Trailer Puts the Fun in School

I love this new monster filled poster for Monsters University. If you look carefully you can spot some of our favorites from Pixar’s Monster’s Inc (via Nerdist)

Those watching the Rose Bowl featuring Stanford vs Wisconsin on ESPN tonight were just treated to a special TV viral ad for the upcoming Pixar film Monsters University. The ad pretends to be one of those university ads that plays during every college football game,… Read More »Monsters University – Imagine You at MU – TV Trailer

Hop on board the scream train for a return to Monstropolis and a 3D update of the hit Pixar animated feature “Monsters, Inc.” A new featurette looks at the challenges and benefits of converting the 2D film to a new dimension. You’ll be able to… Read More »Monsters Inc 3D Featurette Looks great! Are you looking forward to seeing more from Mike & Sulley? Can Pixar repeat their success?