Disneyland T-Shirt Round Up 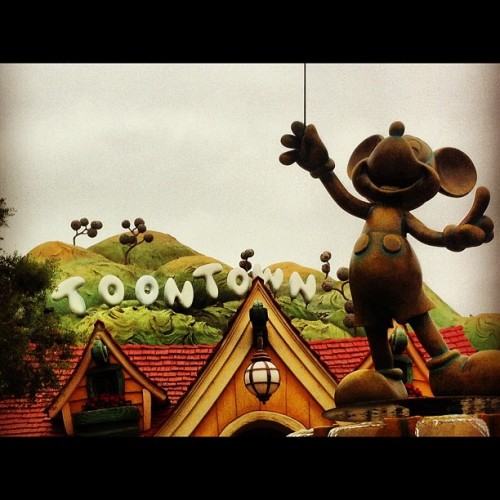 I mentioned recently that there are some new t-shirts at Disneyland and I thought you would like to see them. I’m thoughtful like that.

These shirts were found in the Gag Factory shop in Toontown, Disneyland, USA, but knowing Disney I’m sure they are available throughout the parks.

Mickey, Minnie, Goofy, and Donald are the only characters that I have seen so far (pictured below). Does anyone know if there are more and/or more to come?Read More »Disneyland T-Shirt Round Up

Mickey and Minnie dressed up for Alaskan Weather aboard Disney Wonder

As the Disney Wonder enjoys its first tours of Alaska, guests are reporting back that the views are spectacular. However, since it can get cold and rainy the usual sunbathing activity is a bit diminished. To compensate for the ship’s busier interior, Disney is holding… Read More »Mickey and Minnie dressed up for Alaskan Weather aboard Disney Wonder

The contestants for the 2011 Miss America pageant were in Orlando to observe the Miss Teen American competition, so what better to do than visit Walt Disney World’s Magic Kingdom. While there, they ran into Mickey Mouse, Minnie Mouse, and a couple of Princesses – Belle and Cinderella. I think Mickey is enjoying the attention just a little too much. He’s a cheeky fella, don’t tell Minnie.

The Miss America Pageant is returning to ABC for its 90th anniversary. The competition will broadcast live from Las Vegas on Saturday, January 15 at 8 P.M. ET

More deets below the jump: