Walt Disney World announced their plans to illuminate the night skies with special pyrotechnic shows for our nation’s independence holiday. It’s a weird week with the 4th of July falling on the Wednesday but that won’t stop Disney from showing a wide selection of shows,… Read More »Walt Disney World Fourth of July Fireworks

Disney Dream Fireworks as seen from the Disney Fantasy 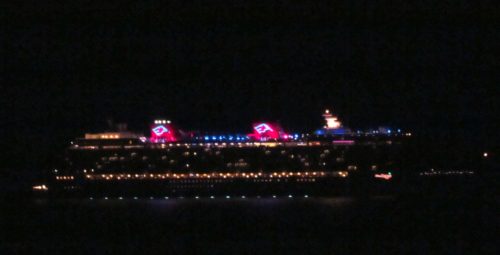 For the first time ever, the Disney Dream and the Disney Fantasy met at night and each ship watched as the other had its fireworks show. It was a pretty exciting time with most of the decks full of both guests and crew members to see this first of its kind encounter.

Here is the first half of the Disney Dream’s Pirates Fireworks as seen from the Disney fantasy. Disney Cruise Line is the only cruise line authorized to have fireworks shows at sea. Disney goes the extra distance not just for its guests, but it also thinks about all the details. For instance the fireworks shells are not just bio-degradable, they’re actually fish food.

Video of the finale below the jump: