Bella Thorne and Zendaya from Disney Channel’s “Shake It Up” pose with their CeCe and Rocky penguins. Disney’s Club Penguin just launched the Make Your Mark: Ultimate Jam music and dance party which includes the release of its first-ever single and music video, “The Party… Read More »Club Penguin Gets Into The Music Act With First-Ever Single and Video

Around The Hub – Thursday thoughts

Game Informer has a 9 minute audio interview with Warren Spector, creator of the Epic Mickey game. Lots of great stuff is revealed in what is essentially the first official communication from Disney about the game. ABC had to scrap some of its promotional plans… Read More »Around The Hub – Thursday thoughts

Everybody at home knows that I general don’t move from the couch this weekends as three of the biggest races in NASCAR, Formula 1, and Indy Cars all occur at the same time. It’s been my dream to visit Indianapolis or Monaco for those races. That dream may be out of reach for now, but I can visit the Toontown Online version during its Grand Prix Weekend.

Disney Online will host the Grand Prix Weekend (GPW) over the four-day Memorial Day holiday weekend, during which players will race in up to four (4) Grand Prix circuits and Disney Online will award the top four (4) fastest players in each circuit, per day. This will result in a minimum of 16 winners per day (64 over the four-day weekend) with the potential for ties.

All players can, and are welcome to participate. This means that Free players will have all of Goofy Speedway/karting unlocked for this four-day weekend. They can kart as much as they like, and their ability to race is not tied to this event. 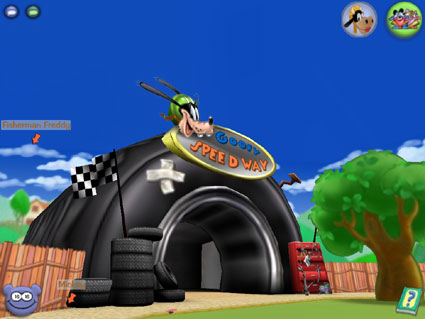 I don’t post about Disney’s MMOs much because, frankly, the chatter has dropped way down since they canceled VMK. Anyone out there an active player?

Three more screenshots below the cut: