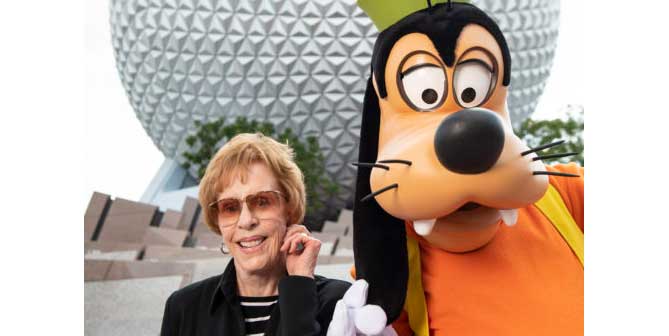 The sounds of laughter were a little louder at EPCOT on Sunday when comedy legend Carol Burnett stopped while in town for her latest comedy tour. Burnett was joined by Disney’s comedic talent Goofy near the park entrance. The two paid homage to Burnett’s famous… Read More »Celebrity Spotting: The legendary Carol Burnett stops by EPCOT