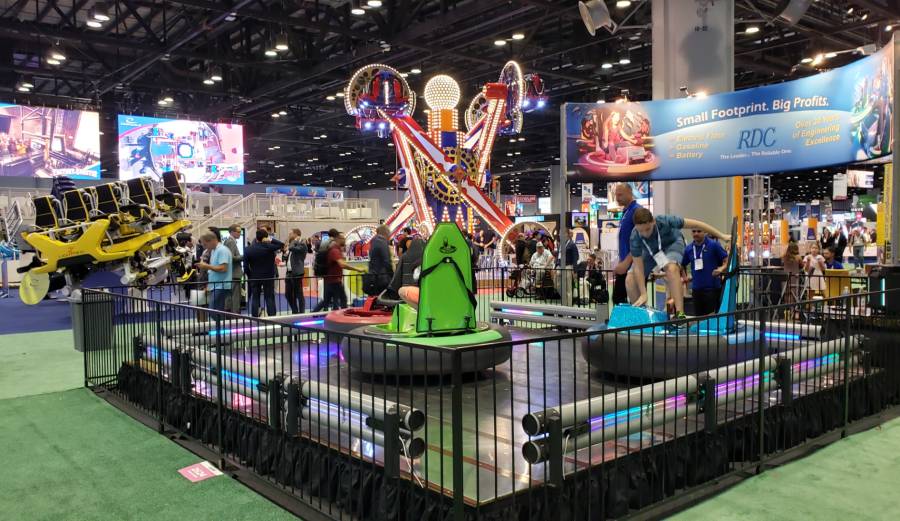 For most of its history, the state of Florida has been known for its natural beauty, citrus farms, cattle ranching, and as a place to escape the harsh winters of the north. Over the 50 years, Florida has also become established as the world leader… Read More »New Book Highlights Florida’s Theme Parks

Former Disneyland and Disney Cruise Line President Matt Ouimet has been President of Cedar Fair amusement parks for half a year now. This week he gets the title of CEO as well. The Associated Press has checked in with Ouimet to see how things are… Read More »Former Disneyland President plans new competition for Disney’s Parks

The Paul Pressler/Cynthia Harriss era at Disneyland was controversial among park fans. Many saw it as an era of cuts and rollbacks to the park’s decades of magic. Matt Ouimet was moved over from the very successful Disney Cruise Lines to repair not just the damage years of neglect had done to the park, but also repair the parks reputation in time for its 50th anniversary.

Ouimet left Disneyland behind when the opportunity came to be CEO of a major hospitality company. Unfortunately that was not the right fit for Ouimet’s skillset. It is, however, well suited to running a themed entertainment company. So, I’m very happy to hear that Ouimet will be taking over as president of Cedar Fair.

The reality is that Americans are valuing their entertainment dollars more than ever these days. But a company that is built around attracting local business like Cedar Fair is, has the potential to flourish. That’s not to say I expect miracles from Ouiment at Cedar Fair, at least not immediately. He has to deal with a company that’s been teetering on the edge of profitability for a number of years to the point of shareholder revolt. This move is definitely an attempt to assuage those fears.

One of Ouimet’s first moves will likely be to reach back into his operations experience to implement some efficiencies and improve customer service. That will help put Cedar Fair on stronger financial footing and allow for more growth in the future. In any event, I wish him the best of luck. A stronger amusement park industry benefits everyone.

The 11th annual Amusement Today Golden Ticket Awards, which are very coveted in the amusements and attractions industry, were awarded on Wednesday during a ceremony set at Give Kids The World Village in Kissimmee, FL. Give Kids The World Village is a 70-acre, non-profit resort in Central Florida that creates magical memories for children with life-threatening illnesses and their families. This was their first time hosting the ceremony.

The Amusement Today newspaper covers international amusement and water park news and trends and in its 12-year history is a five-time winner of various awards from the International Association of Amusement Parks and Attractions. Over the years, the awards have become the subject of much discussion by park aficionados the world over.

Some of the big winners were:

Disney’s only award was for IllumiNations: Reflections of the Earth at Epcot. While Universal won 4 separate awards.

Congrats to all the winners and all the nominees. The full list of winners is below the cut:
Read More »Amusement Today Golden Tickets Awarded

What’s next for Central Florida? Could Disney dominance be on the way out? Those are the questions addressed by Chad Emerson at BlooLoop.com a blog dedicated to amusement news. Fight between two smaller International Drive area amusement parks draws near to its end. Fun Spot… Read More »Central Florida Attraction News