One of the Disney original series we’re looking forward on Disney+ is the documentary series created by Emmy and Academy Award nominated director, Leslie Iwerks. In “The Imagineering Story,” Iwerks and her crew were given unprecedented access to the Disney archives and Imagineering’s current projects to create a six-hour saga that chronicles the sixty-seven year history of Walt Disney’s Imagineers.

There’s already some footage I’ve never seen before from the vaults of Walt Disney Imagineering.

Imagineering started as a core group of hand-picked specialists Walt knew could help him build his dream of a small theme park where families could have fun together. That dream became Disneyland and Project X (known better as Walt Disney World). Since the early days of WED Enterprises, Imagineers have taken on a whole variety of projects that extend well beyond the theme park. 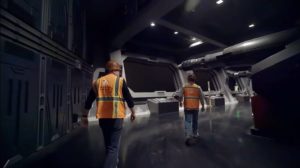 Imagineers walk through Star Wars: Rise of the Resistance attraction 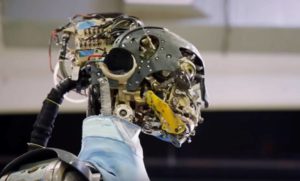 They’re artists, designers, engineers, scientists, a think tank, and storytellers. What they all have in common is the ability not to be scared by a blank sheet of paper, but inspired to create something magical from it.

“The Imagineering Story” has to be near the top of my list of what to watch first when Disney+ activates November 12. Where would you rank it?