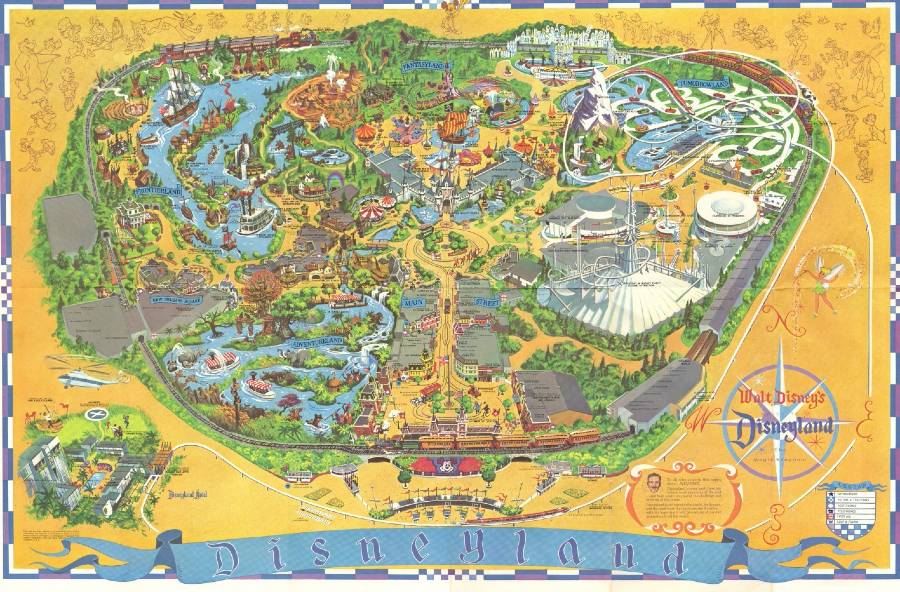 The first few decades of Disneyland’s existence helped build a new form of entertainment that has now spread around the globe – the theme park. This important era was captured in a wall sized Disneyland Map that captured the park as it existed, but also looked forward to coming attractions.

In 1968, Disneyland had just opened Pirates of the Caribbean and was a year away from opening Haunted Mansion. Two attractions that still set the standard for themed entertainment. We also love the design for Space Mountain, even though it was almost a decade away from opening.

If you visited the park that year, you could buy this giant park map that you would them examine over and over again until the time came for your next visit, including the blank spots for upcoming attractions. As a kid I spent hours examining my Disneyland maps dreaming of my next visit.

The excellent blog BoingBoing has shared a link to a high-resolution fan recreation of that important map. He also released it to the public domain, so you can print it out and display it in your home if you want. Download the image here or the super huge 3.5 GB 700 DPI photoshop file here.

There is some question about who designed the map for Disney. The great Imagineer and artist Sam McKim had designed the 1965 Disneyland park wall map, but it’s believed that he didn’t work on this one. Rather, McKim said his work was handed off to Collin Campbell who copied over and updated McKim’s work for the 66 and 68 maps.

We have a couple Disneyland maps hanging on our walls? If you have one, which year is it from?