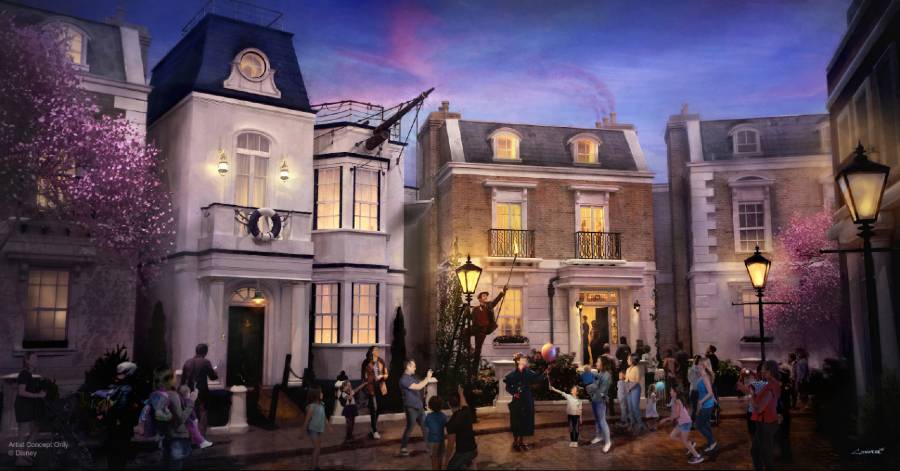 At the D23 Expo, we were very happy to hear that Disney was able to come to an agreement with the PL Travers estate to finally put a Mary Poppins attraction in one of its theme parks. Judging by the crowds reaction to this ‘one more thing’ announcement, we were not alone in our excitement.

Update: September 15, 2019 – Here’s a video from inside the UK Pavilion looking at where the new Cherry Tree Lane is likely to be located:

There’s been a lot of speculation going back a few years about what the attraction would be. Some people think it’s as simple as a carousel (which would a nice if simple addition for sure) or perhaps just an extended story time experience with Mary Poppins (similar to the Enchanted Tales with Belle attraction in Magic Kingdom’s new Fantasyland). I’m optimistic we will get something more than that.

So far, a scant few specifics of the attraction have been shared, but the way Disney Parks chair Bob Chapek introduced it seemed to imply that you would go on an adventure with Mary Poppins. That sounds like a dark ride to us.

Although I’ve seen some building footprints shared online. I don’t have any special access to blueprints, if any even exist at this point, to confirm what they’ve seen. I do have some informed speculation on where the attraction might go.

If you look at a satellite photo of Epcot’s UK Pavilion you’ll see where a dark ride could fit in. 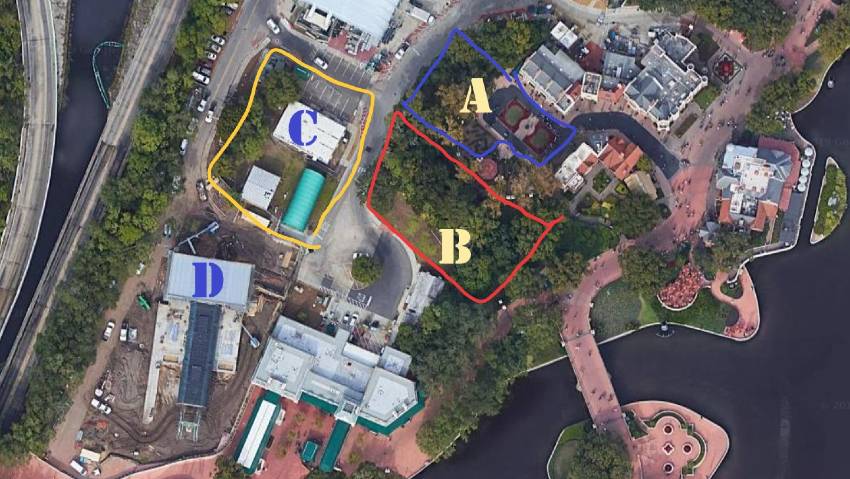 Based off the concept art shared at the D23 Expo, and Chapek’s announcement, the new Cherry Tree Lane area (A) would start right where inside the existing footprint of the UK pavilion stops curving around to where where the bandstand is right now. The space between the World Showcase and the back of the International Gateway and the new Disney Skyliner station has room for a show building the size of Remy’s Ratatouille Adventure if you add (B) and (C) together. But even just (B) would work with some creative bi-level construction in a smaller showbuilding. 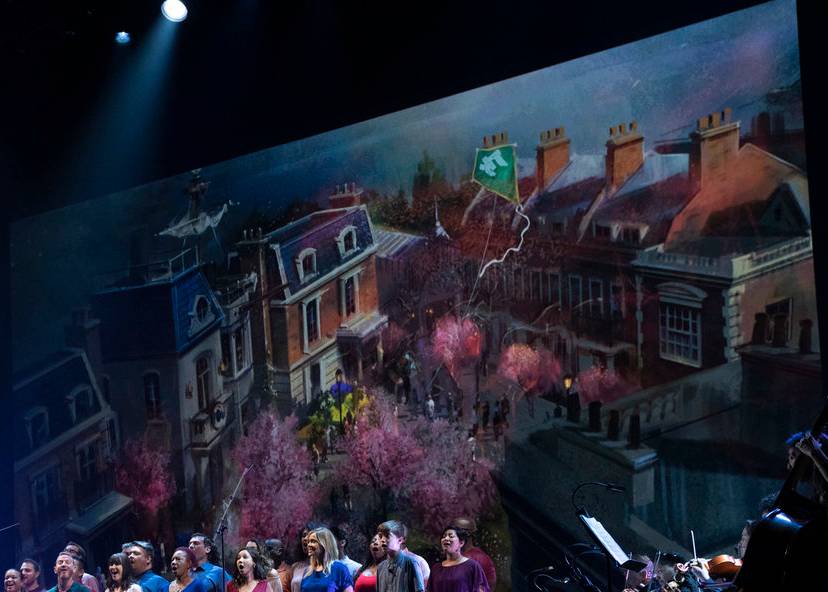 It is certainly possible to build a smaller “Disneyland Fantasyland” dark ride footprint attraction. Not every dark ride attraction requires trackless vehicles and realistic 3D animation. But I do hope for more than painted wood flats.

The new Disney Skyliner station (D) is located where the old tour bus drop off zone was located. There is still a need to have buses pick up and drop off backstage, particularly at the World Showcase, but this version could keep most of those roads.

Another potential location for the Mary Poppins attraction would be exactly where the World Showcase temporary tent is now. Technically, that is supposed to be reserved for a new pavilion at some point in the future. However, after where Disney put the showbuilding for Remy’s Ratatouille Adventure, I wouldn’t put it past them.

That said, I think the World Showcase is safe. Although the tent is temporary, there are some permanent backstage additions to support it. Disney also hosts a variety of special events there each year and those events would have to find a new home. 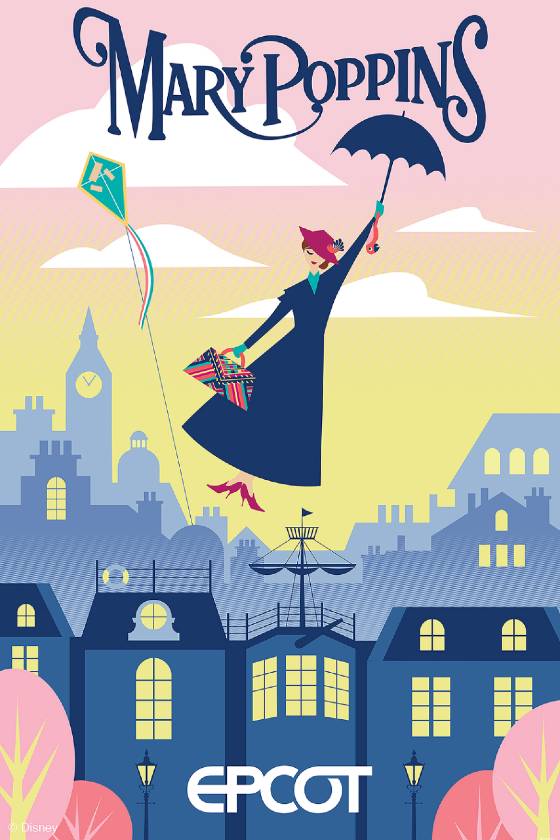 That’s why I really want to see a dark ride that starts inside the Bank’s residence on Cherry Tree Lane and then takes guests into the magical world of Mary Poppins via a chalk painting or something. Of course, there have to be Penguins and the familiar Sherman Brothers music. The bad guys would still be the Bank, that’s a fear that every generation can appreciate.

Finally, ground hasn’t even been broken yet, so it is way too early to talk about an opening date. However, depending on the complexity of the attraction, how much of it is ‘off the shelf’ and how much is ‘custom design,’ and how much overtime Disney is willing to pay for, I think they could rush this to get it open in time for Walt Disney World’s actual 50th Anniversary in October 2021.

What are your hopes and dreams for a Mary Poppins themed attraction inside the UK Pavilion at EPCOT? What do you think we’re actually likely to get?