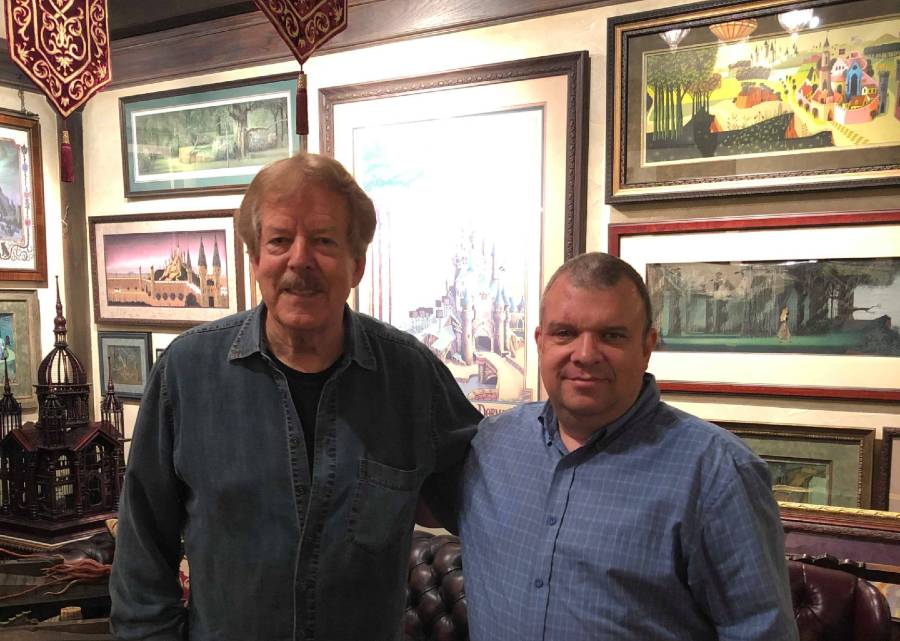 Canadian Disney Travel writer and radio host Yves Douville had the chance to meet retired Disney Imagineer Tony Baxter, tour his home, and have an extended interview with him. As part of that interview Baxter talked about the history of Star Tours and Douville has shared that in a new video that’s worth a watch.

It started with setting up a pitch meeting with George Lucas at Ron Miller and Diane Disney Miller’s vineyard in Napa Valley:

Although you see just a small amount of it here, Douville says Tony Baxter has packed his house with so much amazing stuff he even had to get rid of his dining room table to make way for a life-size model of a Time Machine.

“I don’t have words to describe how many fascinating collectibles [Baxter] has,” said Douville.

Tony has a legendary Disney story. He started as an Ice Cream scooper at Disneyland while he went to school and eventually worked his way up to Vice President of Walt Disney Imagineering. He’s a true Disney fan as well and we’re happy he’s still willing to share stories like these with other fans.

Part of the beauty of an attraction like Star Tours is you can change the story by changing the video footage and programming. I don’t know if this is official or not, but Tony does mention at the end of the video that a new segment featuring moments from “Star Wars: The Rise of Skywalker” will be coming to Star Tours to help promote the new film.

Do you have a favorite memory of the original Star Tours attraction?