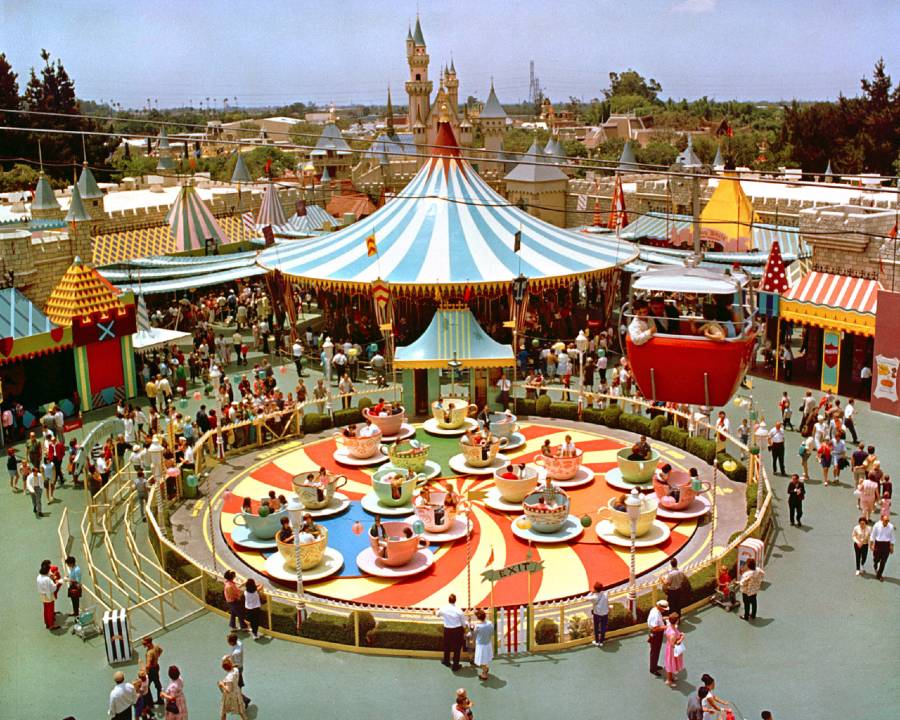 Hard to believe that it’s been 64 years since Disneyland first opened all the way back in 1955. The theme park industry has seen significant changes since practically being invented by Walt Disney and his merry band of Imagineers. But one thing remains the same, generate a sense of wonder in the guest that they can’t get anywhere else and they’ll keep coming back.

While this home video was filmed in 1955, it was only just uploaded to YouTube for everyone to enjoy. According to the description on the video it was filmed by Mr. Sherman W. Carter Jr. It’s also in color, although the film does show its age.

The first part takes place in Frontierland, one of areas of Disneyland that has changed the most over the years. And yet there are many familiar sights as well. The park looks almost unrecognizable with so many of the trees and foliage still essentially saplings. Today it’s a veritable forest in the middle of Anaheim.

Be sure to pause the video at 0:21 where you can see three Jungle Cruise boats docked in Fowler’s Harbor, currently home to the Harbour Galley restaurant. I knew the water systems for the Rivers of America and Jungle Cruise were connected, but were you ever able to sail from one to the other in the past?  We later see The Jungle Cruise with no water in the moat, so this likely just temporary storage.

Some other fun highlights to keep an eye out for; watch at 1:05 for a glimpse of the old gun fight skit atop the Golden Horseshoe Saloon. Then right after that, the Jungle Cruise with no water in the moat. Just a few wonderful shots of Tomorrowland right at the end too.

Another rarely seen vintage Disneyland video is a combination of one family’s visit around Christmas in 1955 and again in 1961.

Did you see anything lost to time in either video you wish Disneyland would bring back?