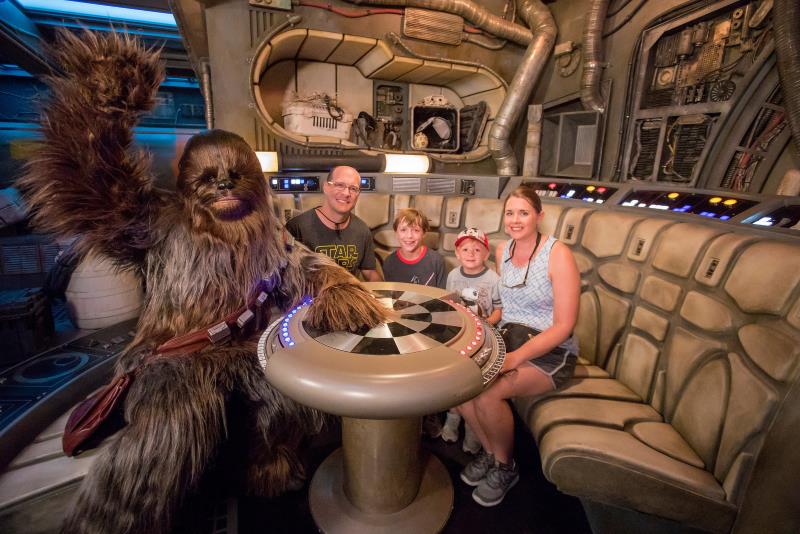 This is the ship that did the Kessel run in 12 parsecs, so it’s no surprise that Millennium Falcon: Smugglers Run in Star Wars: Galaxy’s Edge at Disneyland has already reached a major milestone. The Ridgeway family from Ocean Springs, Miss. joined Hondo Ohnaka’s flight crew to take the controls of the Falcon on their special mission earlier this week when eight-year-old Jonathan Ridgeway became the 1 millionth guest on the attraction.

Joining Jonathan on the “fastest hunk of junk in the galaxy” were his brother Logan Ridgeway, 4, mother Becky Ridgeway and father, Roger Ridgeway. 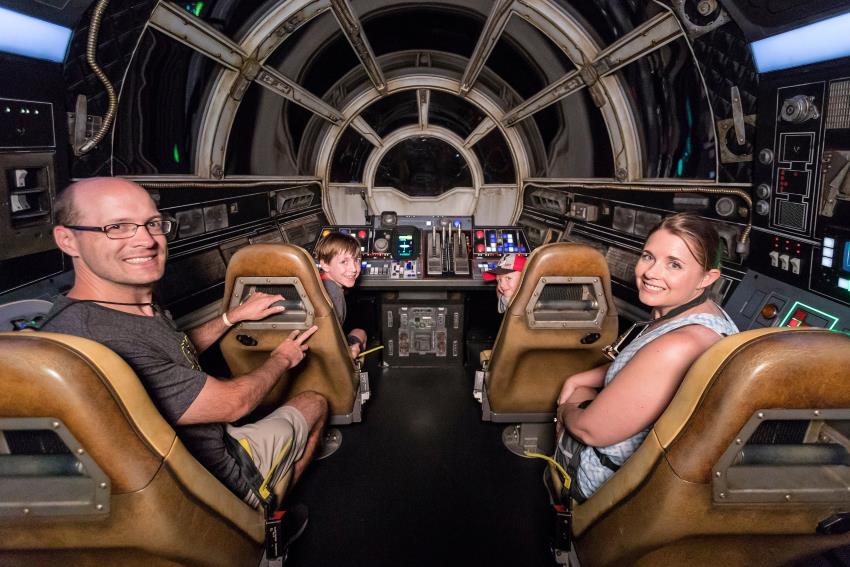 The family was welcomed in the Main Hold of Millennium Falcon with a surprise declaration, which included a visit by Chewbacca, followed by the ride experience and toasting blue and green milk with his family.

The first of two major attractions to open at Star Wars: Galaxy’s Edge at Disneyland, Millennium Falcon: Smugglers Run puts you in the pilot seat of your own Star Wars adventure. When you enter the cockpit of the infamous space ship you become either a pilot, gunner, or flight engineer and your decisions and actions contribute to the success of failure of your special smuggling mission. Are you looking forward to visiting Black Spire Outpost on Batuu stepping into the Falcon for your own Star Wars adventure?