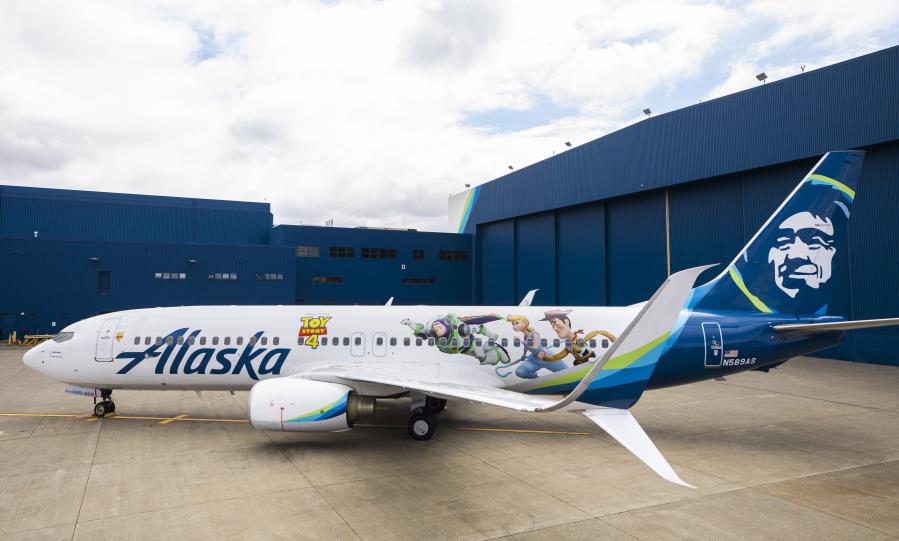 There’s a new tradition for Disney movie promotion that we really like, the jet airplane wrap. The latest movie to get the high flying treatement is Pixar’s “Toy Story 4” on Alaska Airlines. The “Toy Story 4”-themed aircraft, Alaska’s second livery to feature Pixar’s characters, is decked out with toys from the “Toy Story 4” world. The aircraft was revealed to a crowd of surprised guests at Seattle-Tacoma International Airport by Alaska’s own Chief Football Officer Russell Wilson.

“Guests of all ages will be eager to toy with an adventure after hearing the buzz around our new ‘Toy Story 4’ livery,” said Natalie Bowman, Alaska Airlines’ managing director of brand marketing and advertising. “Many of us have grown up following the iconic characters, and we’re happy to take the toys to new heights, sharing the playful, heartwarming imagery with travelers across our coast-to-coast network––and beyond.” 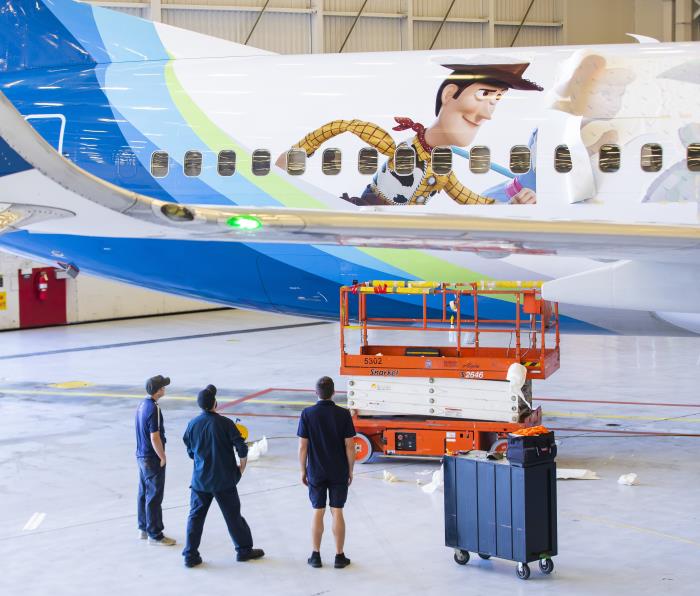 Woody, Buzz Lightyear, and Bo Peep cover the fuselage while new toy Forky appears on the winglet, sparking smiles on guests peering out the windows of the aircraft. Guests boarding the “Toy Story 4” aircraft will also see the movie’s logo. 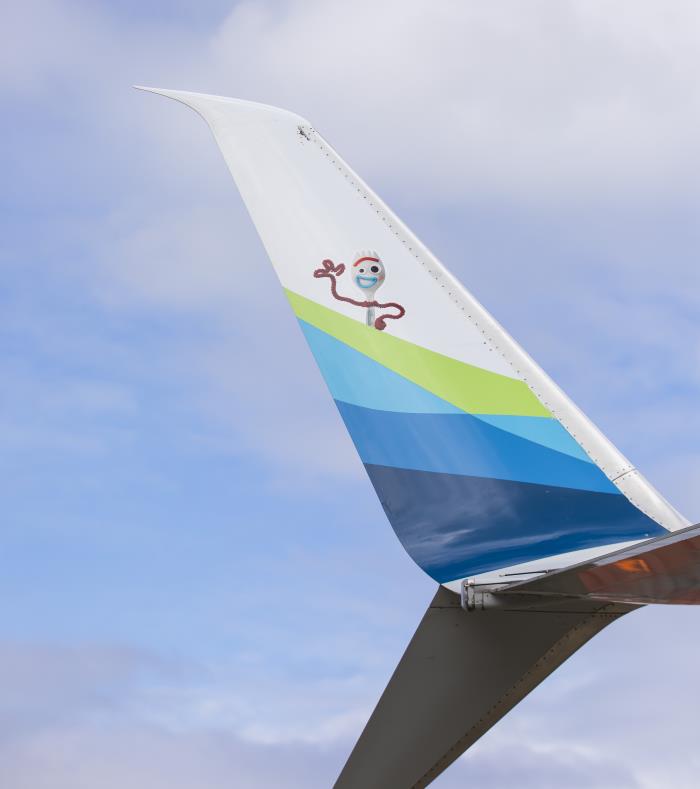 “We’ve seen Woody and the rest of the toys in a lot of unexpected places over the years,” said “Toy Story 4” producers Mark Nielsen and Jonas Rivera in a statement. “And this time, we’ll see them in an RV, at an antique store and in the innerworkings of a carnival. But how many people can say they’ve seen them at 35,000 feet?” The unique design is a collaboration between Disney and Pixar and Alaska Airlines. The “Toy Story 4”-themed 737-800, tail number N589AS, is now flying throughout Alaska’s route network. With a cruising speed of 530 mph and sporting larger-than-life images of the toys, the aircraft will visit fans throughout the country via transcontinental routes and flights to Hawai’i.

How did they do it? Watch this video:

Guests on the aircraft’s inaugural flight were treated to a celebration at the gate and on board, where they were also presented with a complimentary one-month Cinemark Movie Club membership. The membership will allow recipients to see the film at any Cinemark location where “Toy Story 4” is playing.