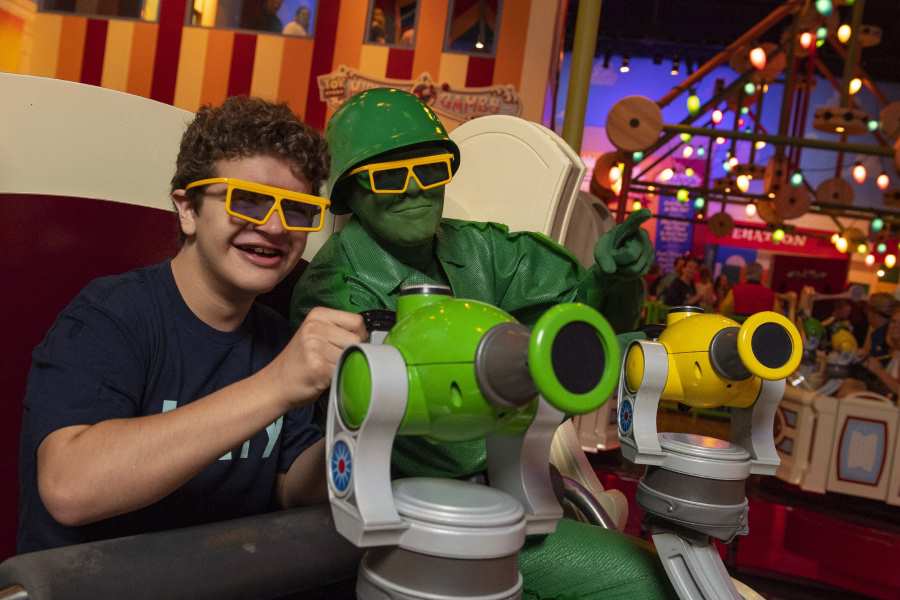 Walt Disney World was a little stranger this week when actor Gaten Matarazzo, best known for his role of Dustin Henderson in the Netflix series “Stranger Things,” visited on vacation.

Disney caught up with Matarazzo on Toy Story Mania inside the new Toy Story Land at Disney’s Hollywood Studios. He was joined by a Green Army Man for a little fun on the popular 4D attraction based on the Pixar Toy Story franchise. While in Toy Story Land, he also enjoyed the new Slinky Dog Dash coaster and Alien Swirling Saucers.

You can catch Matarazzo at the Hollywood Bowl this summer where he will play Jack in the concert production of “Into the Woods.” Seems like a great kid!