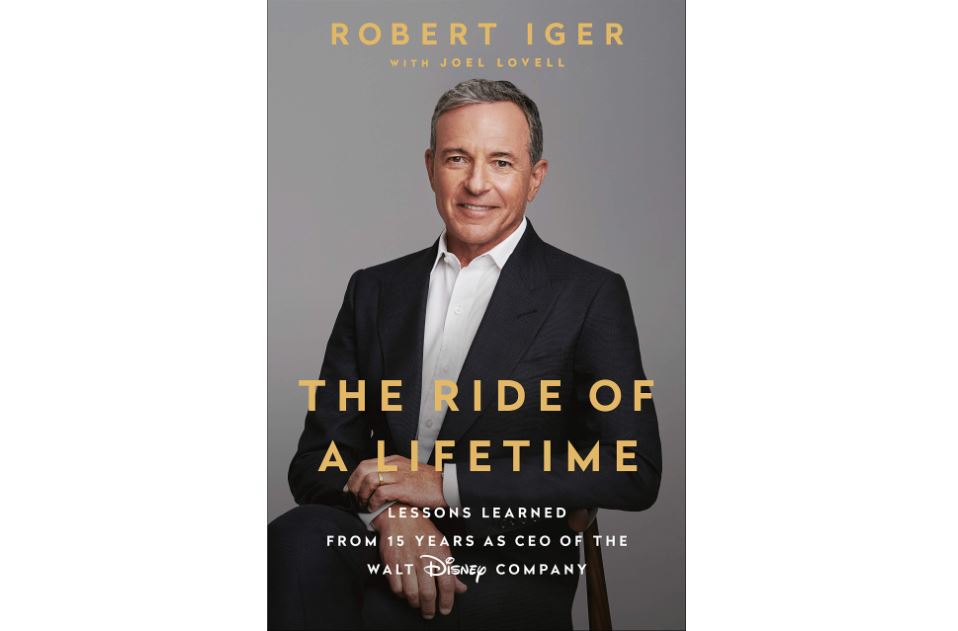 There was a time not too long ago when Robert Iger, CEO of the Walt Disney Company, was seriously considering running for public office, perhaps even President of the United States. Instead, after failing to find himself a proper successor at Disney, he ended up extending his time at the company and steward it through many years of mega-profitability, the acquisition of 21st Century Fox, and the expansion into the direct-to-consumer market with ESPN+ and Disney+. Not quite working toward world peace, but pretty impressive.

Still Bob Iger can’t remain CEO of Disney forever. He’s already served for 15 years in that position and he has told the board and reporters that he will step down at the end of his next term from that role, presumably staying on as President of the Board for a short while until the transition to a new leadership regime at the house that Walt built is complete.

In a new book, The Ride of a Lifetime: Lessons Learned from 15 Years as CEO of the Walt Disney Company, Iger will define his grand vision he used to shape the path of The Walt Disney Company for the foreseeable future. He will share the ideas and values he used to position one of the most beloved companies in the world (arguably the most beloved) and inspired the legion of employees to bring the magic to life.

Iger became CEO of The Walt Disney Company during a difficult time. After some shoddy leadership movies by the previous administration had alienated Disney from its closest allies in the industry, morale deteriorated. Meanwhile competition was more intense and technology was changing faster than at any time in the company’s history.

“I knew there was nothing to be gained from arguing over the past,” Iger writes. “The only thing that mattered was the future, and I believed I had a clear idea of the direction Disney needed to go.”

In the book, co-written by Joel Lovell, Iger will lay out his three initial ideas: 1) Create the highest quality content Disney could produce. 2) Embrace and adopt technology instead of fighting it. And 3) Think bigger–think global–and turn Disney into a stronger brand in international markets.

Twelve years later, Disney is the largest, most respected media company in the world counting Pixar, Marvel, Lucasfilm, The Muppets, and 21st Century Fox among its properties. Its value is nearly five times what it was when Iger took over, and Iger is recognized as one of the most innovative and successful CEOs of our time.

“Over the past fourteen years, I think I’ve learned so much about what real leadership is,” Iger writes. “But I couldn’t have articulated all of this until I lived it. You can’t fake it–and that’s one of the key lessons in this book.”

I’m looking forward to reading about Iger’s rise from a studio supervisor at ABC to the CEO of The Walt Disney Company. How about you?

The book is available for pre-order now on Amazon for a release date of September 23, 2019. Your purchase via that link will help support The Disney Blog. Thank you.