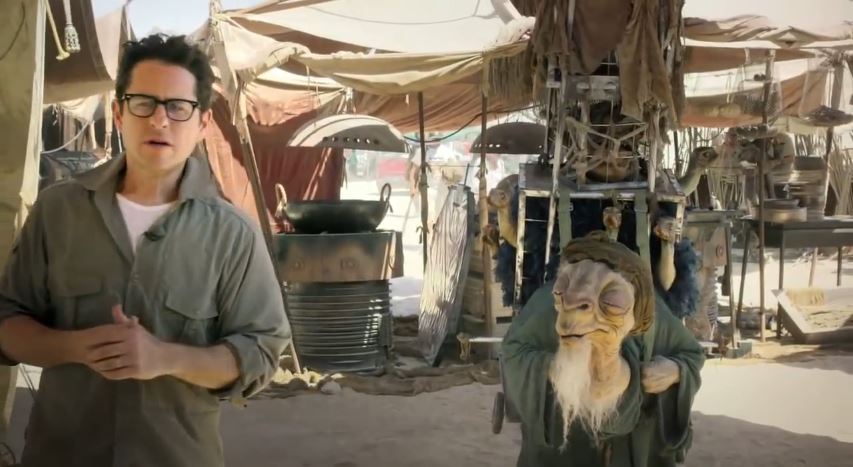 We’re just a few days away from Star Wars Celebration 2019, where we’re expected to get our first look at Star Wars: Episode IX’s basic plot details along with learning its title. In an expansive interview with Fast Company, J.J. Abrams talks about the responsibility of jumping into the director’s chair after Colin Trevorrow stepped away.

“I wasn’t supposed to be there. I wasn’t the guy, ya know? I was working on some other things, and I had something else that I was assuming would be the next project, if we’d be so lucky,” said Abram. “And then Kathy Kennedy called and said, ‘Would you really, seriously, consider coming aboard?’ And once that started, it all happened pretty quickly. The whole thing was a crazy leap of faith. And there was an actual moment when I nearly said, ‘No, I’m not going to do this. I was trepidatious to begin with, getting involved, because I love Star Wars so much and felt like it was… It was almost, on a personal level, a dangerous thing to get too close to something that you care that much about.”

With a timeline in place for the release of Episode IX and no script in place, Abrams had to work fast. He brought on Chris Terrio (Argo) to be his writer.

“You don’t have the story, you don’t have the cast, you don’t have the designers, the sets. There was a crew, and there were things that will be worked on for the version that preceded ours, but this was starting over. And because this was such a mega job, I knew at the very least I needed a cowriter to work on this thing, but I didn’t know who that cowriter would be,” said Abrams. “There was nothing. So the first thing I did was reach out to a writer who I’ve admired for years, Chris Terrio. who I didn’t really know, to say, “Listen, would you want to write Star Wars with me?” And he screamed.”

Turns out that was just the response Abrams was looking for.

Episode IX not only wraps up decades of stories told in the Skywalker Star Wars saga, it had to follow Episode VIII, setting up a unique challenge for Abrams.

“It was a completely unknown scenario,” Abrams said. “I had some gut instincts about where the story would have gone. But without getting in the weeds on episode eight, that was a story that Rian [Johnson] wrote and was telling based on seven before we met. So he was taking the thing in another direction. So we also had to respond to Episode VIII. So our movie was not just following what we had started, it was following what we had started and then had been advanced by someone else. So there was that, and, finally, it was resolving nine movies.”

That’s a big challenge. Stay tuned for reactions from the Episode IX panel out of Star Wars Celebration in Chicago. That will be our first indication at how well Abrams and his team responded to the challenge.

The entire interview at Fast Company is an insightful look at Abram’s career from his beginning editing Super 8 movies in his bedroom to what it means to run Bad Robot while also taking on the responsibility of Episode 9.