When the end of “IllumiNations: Reflections of Earth” was announced last year, Disney also announced that a new temporary show, “Epcot Forever,” would take its place until a more longterm replacement could be installed. Tonight we’re learning more details about “Epcot Forever” along with some new concept art shared by Disney. Themes of Innovation, Exploration, Imagination, and Celebration are key to different sections of the show.

As has been rumored, the new show will feature dancing kites towed by jetskies that are zooming around the World Showcase lagoon. The kites will be illuminated with special lights. 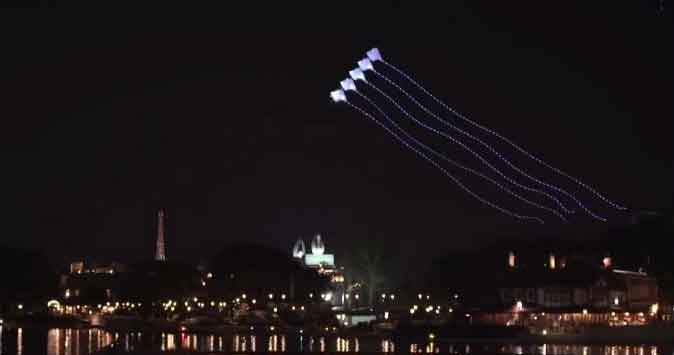 In addition to the kites, there are also new fireworks, lasers, lighting, and other effects planned for the new show. I like this concept art (at top) that shows fireworks fanning out behind the World Showcase pavilions. 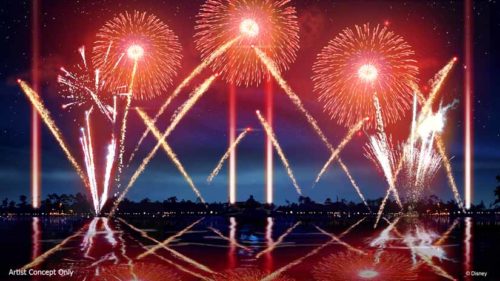 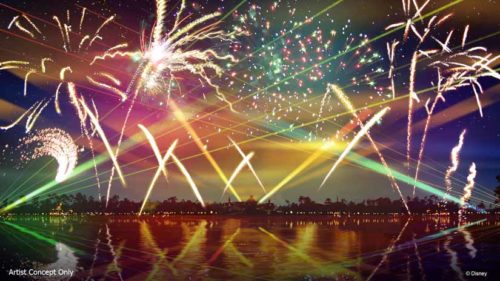 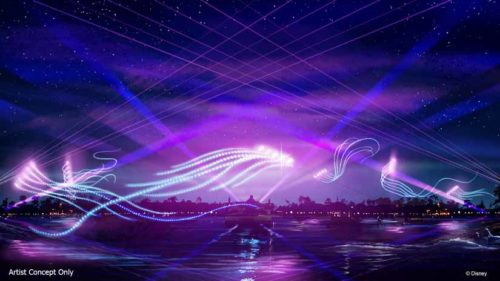 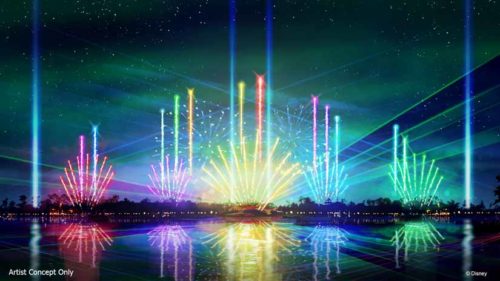 The soundtrack will include music from Epcot attractions and areas from past and present including classics like “Kitchen Cabaret” and “Journey into Imagination” to modern attractions like “Soarin’ Around the World.”

Disney Parks Live Entertainment is collaborating on the show with noted conductor and composer Don Harper, who is producing all-new arrangements of classic Epcot tunes to weave into the soundtrack of “Epcot Forever.”

“‘Epcot Forever’ is a celebration of what Epcot has been and what Epcot is going to become,” said Alan Bruun, show director for Disney Parks Live Entertainment. “Music is the star of the show, and we use songs going back to the very beginnings of Epcot to music in the park today – from attractions, spectaculars and other shows – and put them into a fireworks spectacular on the lagoon every night. Guests are going to hear music they know and love but in a whole new way.”

Epcot Forever will premiere October 1, 2019, which means the final performance of IllumiNations: Reflections of Earth will be September 30, 2019. Time to make your travel plans if you want to be here for the emotional finale of the nearly 20 year long show. The next big show won’t debut until sometime in 2020.