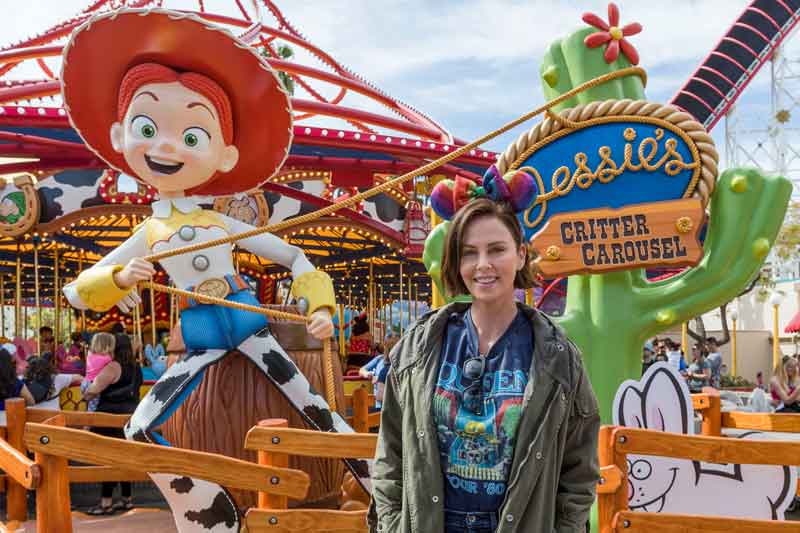 Over the weekend Disney California Adventure opened the latest addition to Pixar Pier and actress Charlize Theron stopped by for a ride. Jessie’s Critter Carousel is the re-imagined King Triton Carousel where guests will find a giant Jessie, the yodeling cowgirl and a friendly bunch of desert critters inspired by Pixar’s “Toy Story” films.

Theron spotted while vacationing with family at Disney California Adventure in Anaheim, CA. Recently cast as the voice of Mortica in the animated feature “The Addams Family,” in 1998 Theron starred in Disney’s adventure film “Mighty Joe Young.” In 2004 she won an Academy Award for Best Actress for “Monster.”

Disney shared this short video with Imagineer Debbie Gonzalez giving a closer look at the design of the carousel.

We traded the rich detail, but generic theme, of King Triton’s Carousel for a more Disney-themed carousel but lost some of the detail. Why can’t we get an appropriately themed attraction that also has detail? 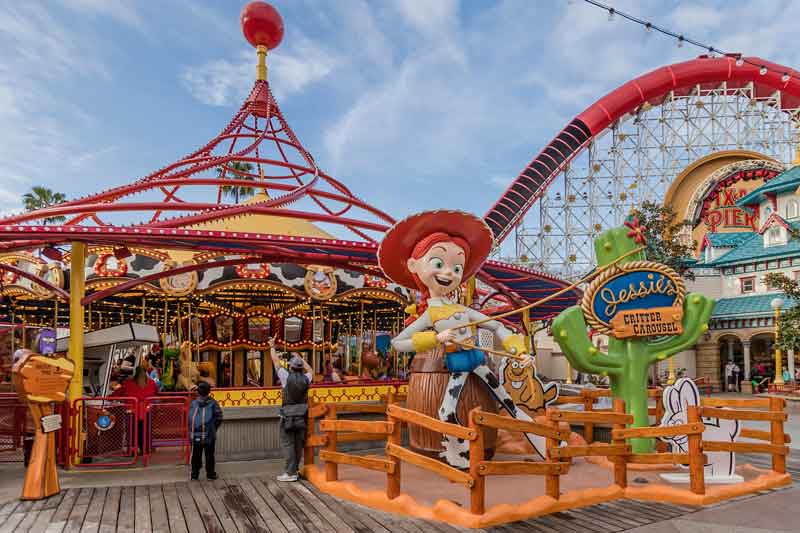