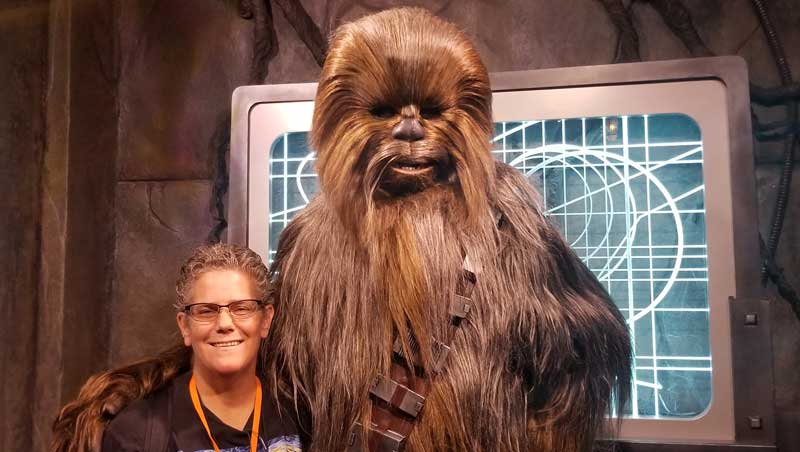 This Summer The Force arrives at Disney’s Hollywood Studios when Star Wars: Galaxy’s Edge begins its soft openings. Guests will be able to experience one of the big attractions and all the fun stores and restaurants of the new land. It will be an entire new world to explore.

But even before August 29, there’s still a lot of Star Wars fun to explore at DHS. If you want to take it all in with VIP level access, then you’ll want to sign up for the Star Wars Guided Tour.

The Disney Blog was invited by Walt Disney World to participate on this tour to file a review. We will always give you our honest feedback, but now you know.

Here’s a taste of what we experienced:

The tour itinerary includes stops at 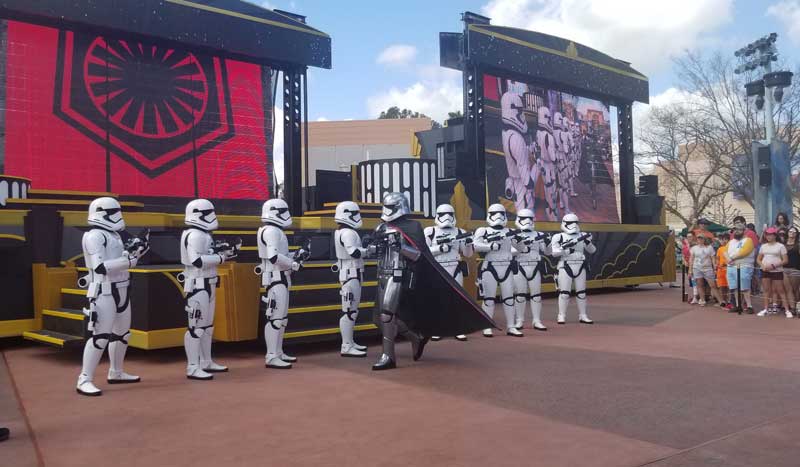 We found one of the highlights of the tour was the very knowledgeable tour guide. We’re pretty big Star Wars fans, but we learned a thing or two on the tour. The model and artifact tour inside Star Wars Launch Bay was particularly interesting. You have an ear piece where the tour guide speaks into, which means you don’t have to worry about missing what they’re saying either.

Price for the Star Wars Guided tour is $99 whether you’re an adult or a child. Guests under 18 must be accompanied by a paying adult. Tour itinerary, content, duration, and availability are subject to change without notice. Theme park admission is required to join in this tour.

Whether or not it feels like a good value to you depends largely on how big a Star Wars fan you are and how frequently you visit Disney’s Hollywood Studios. Almost any Star Wars fan who only visits DHS every five years or so would get a lot out of this tour. But if you visit more frequently than that, there’s a good chance you’ve experienced most of this tour already in one form or another. Then you’re paying for lunch, fastpass through the Star Wars photo ops, some trivia from the tour guide, and a short wait for Star Tours. If you’re a big Star Wars fan and only have one day at DHS it’s probably still a good value. The other scenario is if you want to have your kid participate in the Jedi Training Academy without having to arrive early and sign up, then perhaps the money will be worth it to you.

Let us know in the comments if you will be likely to take this special Star Wars Guided Tour?