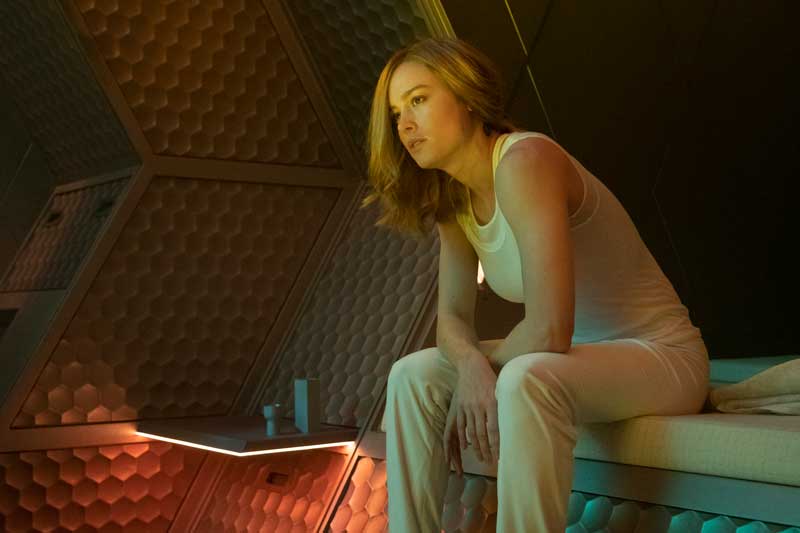 “Captain Marvel” may be on the way to a strong $300M+ opening weekend at the worldwide box office. Which puts it on par with last year’s Marvel juggernaut “Black Panther.” The movie is getting high marks from audiences, but there is one question on the minds of many of the movie’s fans. If Carol Danvers was that kick-ass, why wait so long to use that suped-up pager she gave Nick Fury at the end of the movie?

So, why did SHIELD Director Nick Fury wait until the last minute in Avengers: Infinity War to page the Earth’s most powerful super hero Captain Marvel to return and help save the day? There’s an answer that Samuel L. Jackson and Brie Larson are ready to share in this new featurette trailer:

What? It’s a secret? That’s not fair!

Peter: I have my nitpicky question I gotta ask you.

Peter: And I know you probably have an answer for this. Why didn’t Nick Fury not use the pager until Infinity War? Because this big hole opened up in the sky and aliens attacked New York City.

Peter: Because that was just a city. I guess that’s not the world.

Feige: The other thing I’d say is how do you know he never hit it? How do we know he never pushed it before? We’ve never seen him push it before. That doesn’t mean he never did.

I don’t know. Both the Battle of New York and Ultron’s Sokovia Drop both felt like fate of humanity was in question. Seems like real emergencies to me. But then again, maybe as Feige implies, the pager was used before, but then deactivated when things turned out okay after all.

Of course, the real answer is. It was the right time for Marvel and the story of the Marvel Cinematic Universe to go back to the 1990s to tell the origin story of Captain Marvel.

One thing is for sure, Captain Marvel herself is insanely powerful to where solving any problem on Earth would be pretty easy for her. Better to keep her in the cosmic realm where she’ll face foes who actually present a challenge to her.

If you saw “Captain Marvel” this weekend let us know what you thought about seeing Carol Danvers at her most powerful!