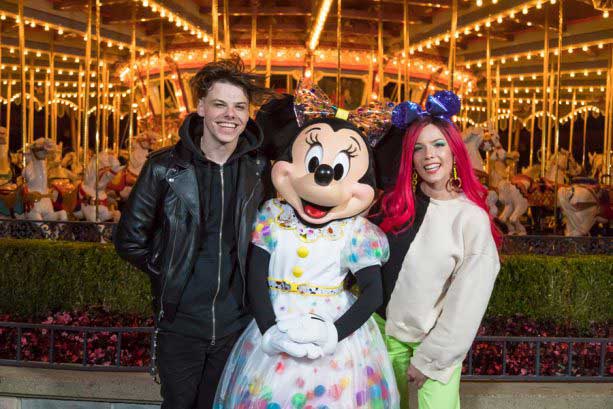 Singer Halsey, known for her electro-pop songs, brought her boyfriend Yungblud to Disneyland for his first ever visit this week. A perfect date night, right? Of course, while there, the pair had to meet Minnie Mouse and go on some of the park’s most iconic attractions.

escaped the grotto to hang wit my gal. ✨ one of my favorite visits ever. ??? @disneyland #getyourearson !!!

The couple took a spin on King Arthur Carrousel and enjoyed thrill rides like Space Mountain and Matterhorn Bobsleds. 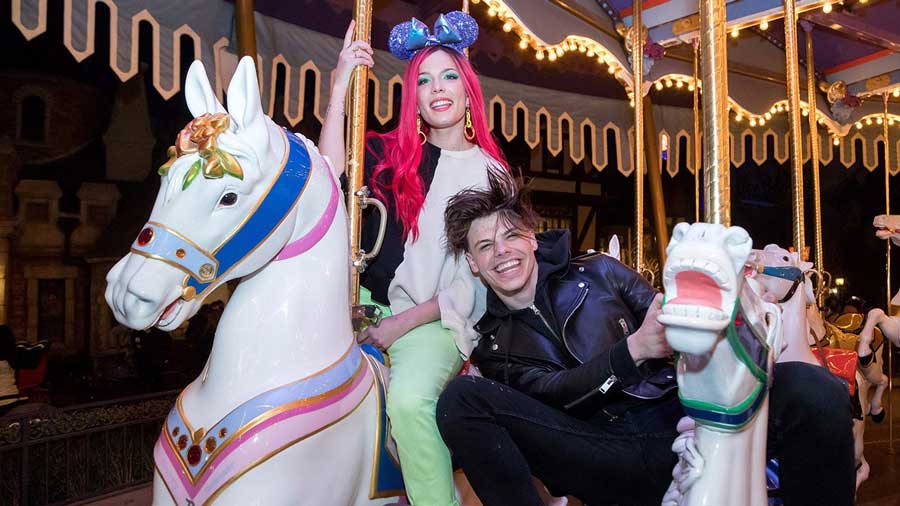 Halsey hails from New Jersey and got her start filming covers for YouTube and Kik. Her career already includes two Grammy award nominations and multiple wins in the iHeartRadio Music Awards and Billboard Music Awards.

Halsey seemed to be channeling Ariel, Disney’s Little Mermaid, on her visit. Not sure who Yungblud was Disney Bounding as… any guesses?