Brie Larson talks about taking on the role of Carol Danvers, aka Captain Marvel

In Marvel Studios’ Captain Marvel fans will flashback to a period of danger hither-to unexplored in the Marvel Cinematic Universe — the 1990s. The movie follows the journey of Carol Danvers (Brie Larson) as she becomes one of the universe’s most powerful heroes. When a galactic war between two alien races reaches Earth, Danvers finds herself and a small cadre of allies at the center of the maelstrom.

A new TV spot for Marvel Studios’ Captain Marvel focuses more on the journey of young Carol Danvers to figher pilot and eventually a powerful Kree warrior and super hero. Watch it here:

Brie Larson, the actress behind the mask, has recently been showing off how hard she worked to make the role of Super Hero seem realistic.

A training highlight – pushing Jason Walsh’s almost 5000lbs Jeep(with a full tank of gas and Alyssa behind the wheel for safety!)for 60 seconds. In Captain Marvel @nike Metcons! It’s a strong vibe but I like it. pic.twitter.com/f98n6so8TU

Here’s Larson, along with director Anna Boden and co-star Samuel L. Jackson, talking about what it takes to become Carol Danvers and Captain Marvel:

“She refuses to give up on herself.” #MondayMotivation #CaptainMarvel pic.twitter.com/Cxz8huUd4F

“It’s very surreal to get suited up, as gloves are getting put on and things are getting zipped up behind me. And the idea of that star and these colors, it represents strong will. It makes me emotional,” Larson said. “She is the most dynamic character that I have ever had the chance to play.”

For a real kick in the old funny bone, head to the marvelously retro website for Captain Marvel. If you were online in the mid 90s and ever visited GeoCities you’ll get the vibe.

Also check out these super powerful new movie posters with their own retro-vibe: 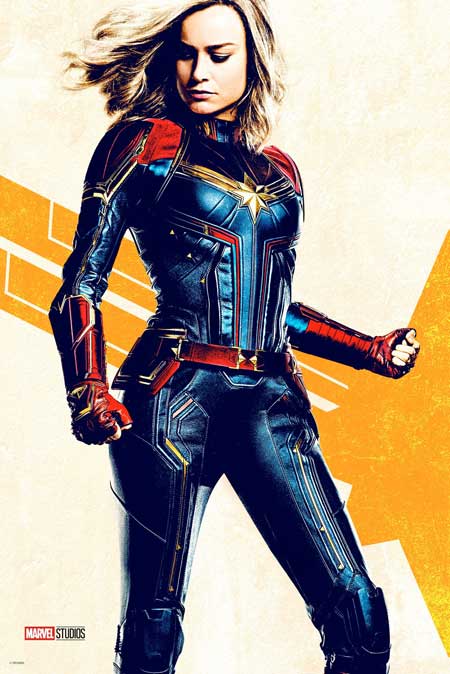 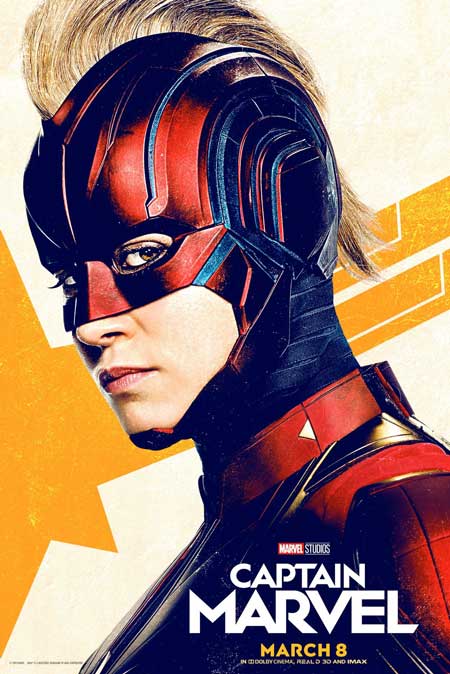 So far we are loving Captain Marvel, the first female-led solo superhero movie in the Marvel Cinematic Universe. How high are your hopes for this film?

previousSmash and Grab – an all new short from Pixar’s SparkShorts series.
nextThe Edison’s February Burger of the Month will melt your resistance to cheese