Move It! Shake It! MousekeDance It! Street Party debuts at Magic Kingdom There’s a new party at the Magic Kingdom. It’s the 90th anniversary of our old friends Mickey Mouse and Minnie Mouse and invited their longest friends to join them in the Move It! Shake It! MousekeDance It! Street Party.

The street party gets underway with a colorful musical procession parading up Main Street, U.S.A. led, for the first time, by live-singing hosts! As the singing hosts keep things hopping along, you’re invited to boogie to the new, original song “It’s a Good Time” and modern remixes of classic tunes.

The Disney characters may change from time to time, but the line up will generally include: Donald Duck, Daisy Duck, Goofy, Pluto, Clarabelle Cow, and some other rare characters. We saw Max, Horace Horsecollar and Chip and Dale.

While the parade floats are just updated versions of the original Move It! Shake It! Celebrate It! Street Party, all the new characters and the parade performers have new costumes with bright colors and confetti patterns to match Mickey and Minnie’s new anniversary celebration outfits. 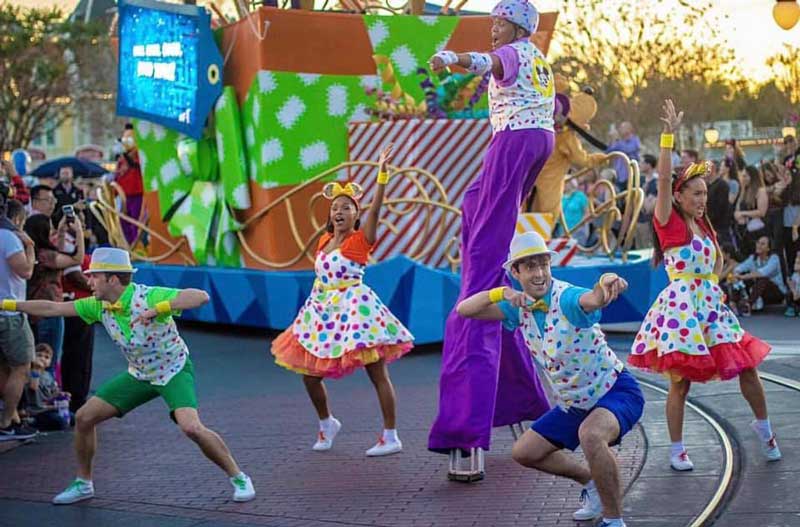 Photo Credit: Thanks to Corey Suzanne for sharing her great photos and video with us.