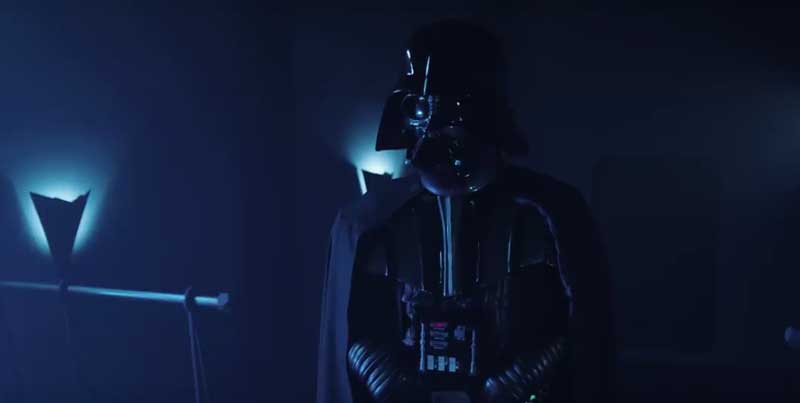 It’s usually around this time of year Star Wars fans make their trek to the box office to check out the latest film from that galaxy far, far away. This year’s film, “Solo: A Star Wars Story,” was released in May leaving a void in the Force in December.

A new fan film is doing a pretty good job of filling that void. “Vader Episode 1: Shards of the Past” is presented by the Star Wars Theory YouTube channel. It takes place in the early days of the Empire — after the fall of the Republic. This is the period where the clones are still the army, but new cheaper conscripted Storm Troopers are around too.

Shards of the Past finds Anakin Skywalker, now as Darth Vader, dealing with resentment, loss, and conflicting emotions as he’s forced to carry out the orders of The Emperor.

Be aware, it starts with a bit of a fantasy segment:

Vader continues to be fertile ground for Star Wars storytelling. He has so much fury waiting to be unleashed – at himself, his Master, and his new enemies. Really good storytelling in this film too.

With 10,000 years of Jedi history to explore, we’ve so far explored only the 60 years surrounding the Fall of the Republic and the rise and fall of The Galactic Empire quite a bit. I’d love to see more stories, fan films or official Lucasfilm efforts, from periods beyond those we’ve already explored.

Regardless, fan films like this are really products of passion. Lucasfilm allows them as long as no money is made from the video. So be sure to give the video a like on YouTube to show your thanks.