Ask the kids, they know all about the TV shows on the Disney Junior. From Doc McStuffins to the newest entry Vampirina they’re big fans. Now they’ll be able to party with their favorite Disney Junior characters in a new show at Disney’s Hollywood Studios. Disney Junior Dance Party! has its official opening tomorrow December 22.

With live shows held multiple times each day, Disney Junior Dance Party will feature the star of “Vampirina.” This TV series follows the Hauntley family, friendly vampires who recently relocated from Transylvania to Pennsylvania. Children delight in watching Vampirina (aka “Vee”) as she experiences being the new kid in town and attending a new school in the human world. 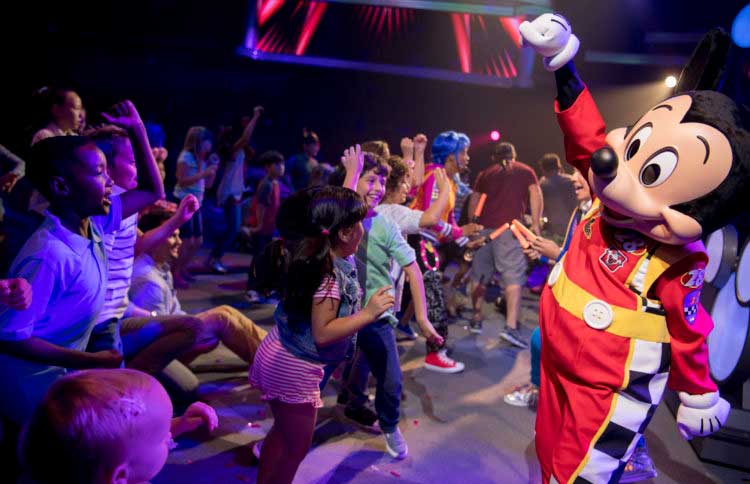 Disney Junior Dance Party! is hosted by Finn Fiesta and DJ Deejay. With music from “Doc McStuffins,” “The Lion Guard,” “Mickey and the Roadster Racers,” and “Vampirina” everyone is encouraged to sing and dance to their favorite Disney Junior songs. Of course characters from those shows will join in the fun as well.

With all the big changes coming to Disney’s Hollywood Studios, the switch over to Disney Junior Dance Party from Disney Junior Live on Stage (and before that Playhouse Disney Live on Stage), has been flying a bit under the radar. But it brings back an important mid-day option to get out of the sun for those visiting with young children.

I don’t know about you, but I still miss Bear in the Big Blue House. Will you see Disney Junior Dance Party! on your next visit to Disney’s Hollywood Studios?