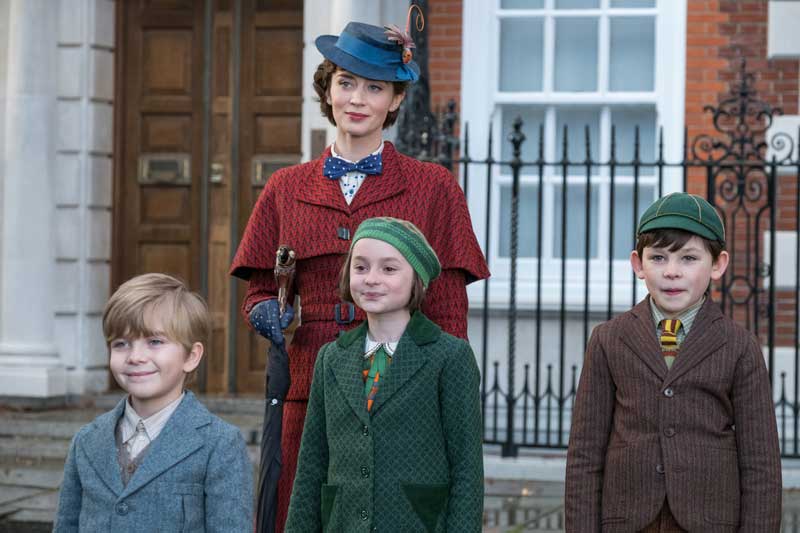 I don’t know if there has been a more anxiously anticipated Disney musical than Disney’s Mary Poppins Returns. Fans may worry if a sequel can ever stack up to the original, but will doubtlessly show up. The question is has the film tapped into the consciousness of the general population, especially families.

Well the wait is over and the first box office estimates are in for the the Wednesday night opening. Mary Poppins Returns is estimated to have earned between $7 million and $8 million, which is right in the ballpark for pre-Christmas week openings.

Update: actual total for last night was $4.8M with weekend forecast at around $55M.

Returns is opening at more than 4,000 theaters, which should make it easy for families who want to catch a showing. Alas, it has some strong competition from Aquaman and Bumblebee which also open this week and the animated film Spider-man which continues to perform well even mid-week.

If Mary Poppins Returns earns $50M+ at the box office this weekend, that will be a very good result. Disney has to hope families fall in love with the story, the songs, the animation, and the acting, it just might have legs to run well into 2019.

A fun bit of trivia from the film: when do go to see it keep an eye out for Mary Poppins’ hats. Mary wears four different hats in the film. When she first appears on screen, she’s wearing a traditional 1930s style hat dyed red to match her shoes. Note the small robin that adorns the hat, an homage to the animatronic robin from the first film’s “A Spoon Full of Sugar” song. The robin, which was carved from cork with a leather beak and a bead eye and had embroidered feathers made from silk thread, turned out to the smallest and most intricate piece of work created by the costume department. 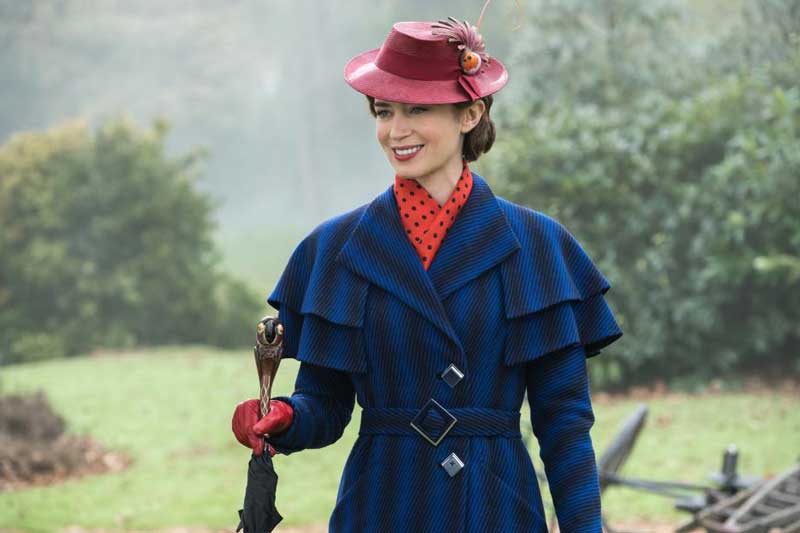 The robin is attached to a hatpin so Mary Poppins can remove it and use on different hats, as she does later in the film with the blue straw hat (see top). For the musical number “A Cover is not the Book,” Poppins wears a pink and purple bowler hat and for the Royal Doulton bowl scene, a pink Parisian hat with pink lace.

When do you plan to see Disney’s “Mary Poppins Returns?”