The holiday season is about the spirit of giving and this year Walt Disney Cast Members gave big collecting nearly 30,000 toys for this year’s U.S. Marine Corps Toys for Tots drive. The toys will help brighten the holidays for Central Florida children.

The toys, bikes, and other wished for items arrived direct and in style from Walt Disney World inside a fleet of Minnie Vans. Disney’s cast member VoluntEARS were on hand to help upload the trucks and get the toys into the sorting facility.

Also on hand were Walt Disney World’s new Resort Ambassador team, Marilyn West and Stephen Lim, and members of the U.S. Marine Corps Toys for Tots coordinator team. We spoke with both in this video:

The project will continue through the holiday with Disney VoluntEARS working at the warehouse to sort and distribute toys to the families of some of our youngest Central Florida neighbors. 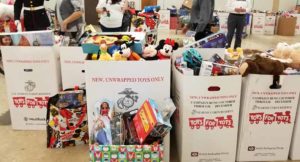 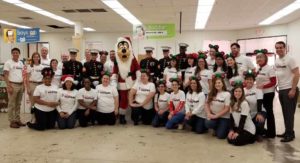 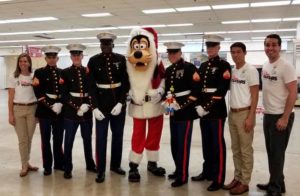